Two clinical studies will help determine the safety and accuracy of the artificial pancreas.

Type 1 diabetes, an inherited condition characterized by the immune system killing cells in the pancreas that make insulin, requires patients to constantly monitor their insulin levels and maintain them with injections. Photo by Image Point Fr/Shutterstock

WASHINGTON, Jan. 4 (UPI) -- Two clinical trials will test the efficacy of an artificial pancreas system that monitors blood glucose, alters insulin levels automatically, and predicts the body's needs through the course of the day, researchers at two universities announced.

The six-month trials, conducted by the University of Virginia and Harvard University, build on advances in 2015 that found algorithms written for the system could effectively monitor and maintain levels.

The artificial pancreas -- which is a closed-loop computer system, rather than an actual replacement pancreas -- could help type 1 diabetes patients, whose immune systems attack their pancreas, destroying islet cells that produce insulin.

"The idea is that this can lead to an improved quality of life for individuals with this disease -- not a solution to diabetes, but a means to really extend the quality of their healthful living," said Francis Doyle, a professor of engineering and applied sciences at Harvard, in a press release.

Doyle led a team at the University of California Santa Barbara in developing the artificial pancreas before joining Harvard in late 2015.

In the first study, 240 patients with type 1 diabetes using the device will go about their normal daily routines for six months in order to test how it integrates into their lives, and how it compares with a standard insulin pump. During the study, researchers will focus on control of blood sugar levels and risk of hypoglycemia to measure its efficacy and safety.

The second study will include 180 patients for another six months to test an advanced control algorithm that predicts a patient's needed insulin levels and attempts to keep levels within a range, similar to the way an air conditioner regulates temperature in a building.

"The biggest challenge in the design of the artificial pancreas is the inherent uncertainty in the human body," Doyle said. "Day to day, hour to hour, the various stresses that impact the human body change the way it responds to insulin-controlling glucose. Physical stresses, anxiety, hormonal swings will all change that balance. To be able to control for those factors we need to see longer intervals of data. This is the first trial where we'll be looking at multi-month intervals of time with cohorts of subjects where we can actually see a long enough window to learn those patterns, to adapt and fine-tune the algorithms, and to improve the overall level of glucose control."

Health News // 7 hours ago
California reports 2nd case of community-spread COVID-19
Feb. 28 (UPI) -- Health officials in Santa Clara County, Calif., announced Friday that a second person has tested positive for COVID-19 without having prior travel or contact with someone who has the disease.

Health News // 5 hours ago
Minorities still mistreated in medical schools, study finds
Race, gender and sexual orientation are tied to mistreatment of medical school students by faculty, physicians and fellow students, according to a new report.

Health News // 10 hours ago
3M new flu cases, but fewer positive lab tests, CDC says
Feb. 28 (UPI) -- There were 3 million new cases of influenza across the country during the week ending February 22. The percentage of lab specimens testing positive for influenza, however, dropped to 26.4 percent, the CDC said.

Health News // 10 hours ago
WHO raises global risk of COVID-19 spread to 'very high'
Feb. 28 (UPI) -- WHO officials have raised their risk assessment for spread and impact of COVID-19 from "high" to "very high," but still declined to declare the outbreak a pandemic amid its impact on an increasing number of nations.

Health News // 12 hours ago
Patient hospital reviews reflect experience, not medical outcome
Rave online reviews about a hospital stay may not mean much about the actual medical care there, if a new study is any indication. 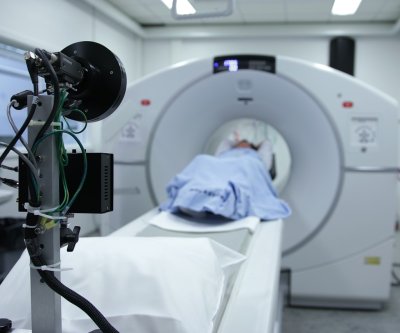 Health News // 21 hours ago
Scientists spot early coronavirus markers in lungs of patients
U.S. researchers report they have spotted early, subtle signs in the lungs that point to coronavirus infection. 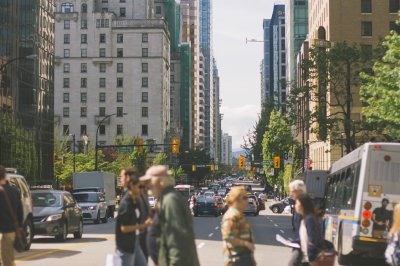