Two clinical studies will help determine the safety and accuracy of the artificial pancreas.

Type 1 diabetes, an inherited condition characterized by the immune system killing cells in the pancreas that make insulin, requires patients to constantly monitor their insulin levels and maintain them with injections. Photo by Image Point Fr/Shutterstock

WASHINGTON, Jan. 4 (UPI) -- Two clinical trials will test the efficacy of an artificial pancreas system that monitors blood glucose, alters insulin levels automatically, and predicts the body's needs through the course of the day, researchers at two universities announced.

The six-month trials, conducted by the University of Virginia and Harvard University, build on advances in 2015 that found algorithms written for the system could effectively monitor and maintain levels.

The artificial pancreas -- which is a closed-loop computer system, rather than an actual replacement pancreas -- could help type 1 diabetes patients, whose immune systems attack their pancreas, destroying islet cells that produce insulin.

"The idea is that this can lead to an improved quality of life for individuals with this disease -- not a solution to diabetes, but a means to really extend the quality of their healthful living," said Francis Doyle, a professor of engineering and applied sciences at Harvard, in a press release.

Doyle led a team at the University of California Santa Barbara in developing the artificial pancreas before joining Harvard in late 2015.

In the first study, 240 patients with type 1 diabetes using the device will go about their normal daily routines for six months in order to test how it integrates into their lives, and how it compares with a standard insulin pump. During the study, researchers will focus on control of blood sugar levels and risk of hypoglycemia to measure its efficacy and safety.

The second study will include 180 patients for another six months to test an advanced control algorithm that predicts a patient's needed insulin levels and attempts to keep levels within a range, similar to the way an air conditioner regulates temperature in a building.

"The biggest challenge in the design of the artificial pancreas is the inherent uncertainty in the human body," Doyle said. "Day to day, hour to hour, the various stresses that impact the human body change the way it responds to insulin-controlling glucose. Physical stresses, anxiety, hormonal swings will all change that balance. To be able to control for those factors we need to see longer intervals of data. This is the first trial where we'll be looking at multi-month intervals of time with cohorts of subjects where we can actually see a long enough window to learn those patterns, to adapt and fine-tune the algorithms, and to improve the overall level of glucose control."

Health News // 2 hours ago
'Shielding' elderly, ill does little to lower COVID-19 in absence of other strategies
July 27 (UPI) -- Older adults and those with chronic health conditions who self-isolate to reduce their risk for COVID-19 still are eight times more likely to get infected and five times more likely to die than those less susceptible. 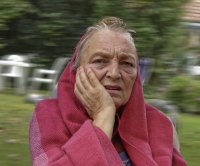 Health News // 14 hours ago
Certain people at greater risk for breakthrough case of COVID-19 Delta variant
Even if they're fully vaccinated against COVID-19, certain people may need to take extra precautions to prevent "breakthrough" infections with the highly transmissible Delta variant, experts say. 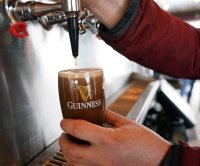 Health News // 18 hours ago
Moderate drinking linked to lower heart attack risk, study says
July 26 (UPI) -- Drinking a bottle or two of wine a week may be associated with decreased risk of heart attack, stroke, angina or death among those with cardiovascular disease, according to a study published Monday in BMC Medicine.

Health News // 23 hours ago
Study: Goal setting, parental support helps prevent vaping among teens
July 26 (UPI) -- Recent studies prove that adolescents who set goals for their future and have strong parental support are less likely to use e-cigarettes and other tobacco-related products.

Health News // 23 hours ago
Less popular blood pressure drug carries lower risk for side effects
July 26 (UPI) -- ACE inhibitors are prescribed more often for patients because they've been around longer, but a new study published Monday in the journal Hypertension shows they have a higher risk for side effects than ARB drugs.