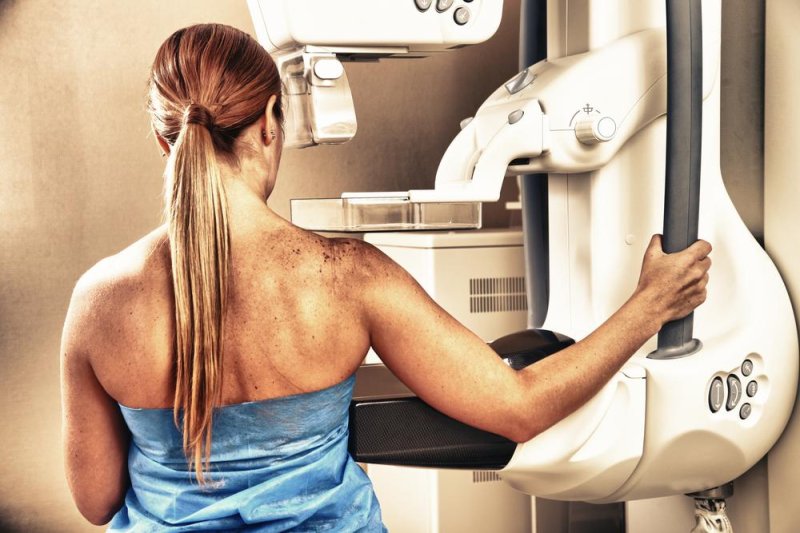 Researchers suggest ultrasound be used for supplemental breast cancer screening because of its efficacy with denser breasts and ability to pick up node-negative cancer. Photo by CristinaMuraca/Shutterstock

While ultrasounds were found to give more false positives, they can detect harder to find cancers and are more widely available in developing countries.

In the study, published in the Journal of National Cancer Institute, researchers enrolled 2,809 participants in the United States, Canada and Argentina. Of the participants, 2,662 had three annual screenings, 4,351 of which were ultrasound and 3,122 were mammograms, as well as a biopsy or 12-month follow-up.

Of the women in the study, 111 had breast cancer events, 80.2 percent of which were invasive with a median tumor size of 12 millimeters. The researchers found about the same number of mammograms and ultrasounds detected cancer, but ultrasound-detected cancer was more likely to be invasive and node-negative. Among these, however, false positives were more common with ultrasounds.

"For U.S. patients, what [this study] really confirms is ultrasound should be used as a supplemental screening exam in dense breast patients," said Dr. Lusi Tumyan, a radiologist and assistant clinical professor at the City of Hope Cancer Center. "At this time we do not have enough data to support or refute ultrasound as a screening tool for average-risk patients."

Health News // 2 hours ago
Breastfed children score higher on cognitive tests
A new study shows that babies who were breastfed for six months or longer scored higher on tests measuring verbal and spatial relations skills up until age 14 when compared with kids who weren't breastfed as babies.

Health News // 6 hours ago
Diabetes drug metformin not effective against most breast cancers
An international trial tested the inexpensive diabetes medication metformin and found that it did not stop or prevent the spread of the most common types of breast cancer, despite hope that it might do so.

Health News // 15 hours ago
COVID-19 vaccines may ease long-haul symptoms
Vaccinated people who experience a breakthrough case of COVID-19 are at risk for developing long-haul symptoms, though they are better protected against some of the worst ones, new data show.

Health News // 1 day ago
Long COVID persists 15 months later for many who weren't hospitalized
Many COVID-19 patients who didn't wind up in the hospital continue to battle lingering health issues more than a year later, a new study finds.
Advertisement