The all-in-one drug includes a new formulation of the drug tenofovir that was shown to reduce side effects from similar HIV treatments. 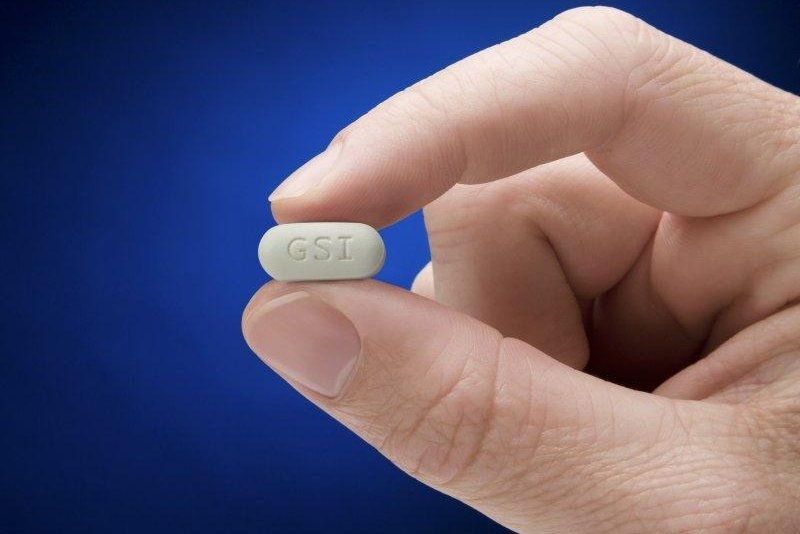 Genvoya was shown in clinical trials to to have fewer negative effects on kidney function and bone density. Photo by Gilead Sciences

SILVER SPRING, Md., Nov. 6 (UPI) -- The U.S. Food and Drug Administration announced today its approval of a new all-in-one pill to treat HIV patients that includes a new version of the drug tenofovir, which researchers think will help reduce side effects from the multi-drug regimens used for HIV.

The pill, called Genvoya, includes doses of elvitegravir, cobicistat, emtricitabine and tenofovir alafenamide and is meant especially for patients over age 12 who weigh at least 77 pounds and have not previously been treated for HIV.

In addition to reducing side effects, the drug also was associated with less kidney toxicity and fewer reductions in bone density credited to other drugs that contain tenofovir. Patients who already have significant kidney problems, however, should not be treated with the drug, the agency said.

"As the HIV patient population ages there is an increased risk for development of age- and treatment-related comorbidities, including low bone mineral density and renal impairment," said Dr. David Wohl, an associate professor of medicine at the University of North Carolina, in a press release. "This is due to the combination of HIV infection, antiretroviral treatments and the natural aging process."

Gilead Sciences, the California-based company that developed Genvoya, conducted four clinical trials with 3,171 participants who were randomly assigned to receive either the new pill or another HIV treatment. The testing was conducted in 21 countries with a wide variety of patients, including including treatment-naïve, virologically suppressed, renally impaired and adolescent patients.

Researchers found in the trials that Genvoya was at least as effective at lowering viral loads in participants, and was associated with less kidney toxicity and fewer decreases in bone density than other drugs, including Stribild, a comparable drug.

"Today's approval of a fixed dose combination containing a new form of tenofovir provides another effective, once daily complete regimen for patients with HIV-1 infection," said Dr. Edward Cox, director of the Office of Antimicrobial Products at the FDA, in a press release.

RELATED WHO: Tuberculosis passes HIV as leading global cause of death