Although doctors are sued less when practicing defensive medicine, it is unknown whether there are health benefits to the extra tests and procedures. 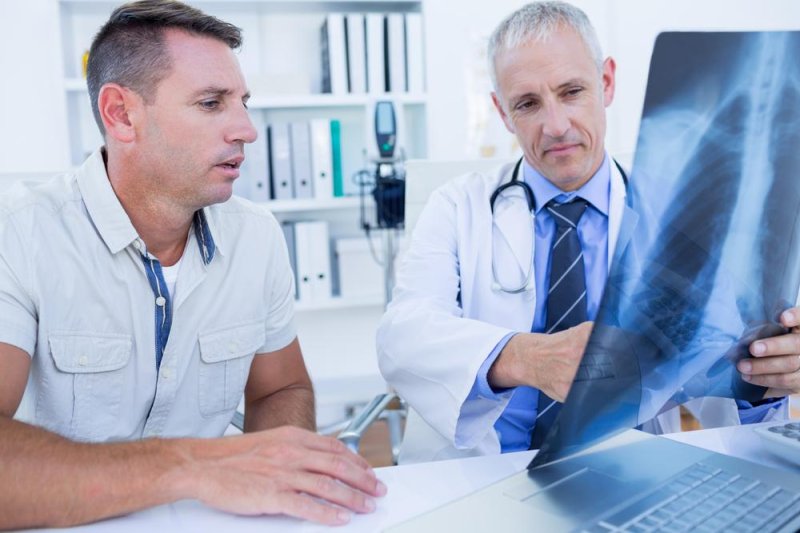 Many physicians order extra tests and procedures and consult with outside physicians as a method of "defensive medicine," which shows extra effort to prevent mistakes in the event a malpractice suit is filed against them. Photo by wavebreakmedia/Shutterstock

BOSTON, Nov. 5 (UPI) -- Doctors who practice defensive medicine -- conducting extra tests and procedures with patients -- are subjected to fewer malpractice lawsuits, according to a new study.

The extra tests and procedures have not been shown to improve health outcomes, however they cost the United States about $50 billion per year. Efforts to reduce the cost of health care include provisions in the Affordable Care Act motivating health care providers to reduce medically unnecessary tests.

A 2013 study found malpractice lawsuits cost the country $1.4 billion per year, a far smaller number than cost of extra tests.

Researchers in the new study suggest that doctors conduct defensive medicine, which can include anything from extra blood tests and scans to opting for cesarean section more often, because they believe the procedures show the great length gone to avoid life-threatening errors -- which can help with patients, and in front of judges and juries.

"Although not conclusive, our study provides initial evidence on why efforts to reduce health care spending among physicians may meet sluggish opposition," said Anupam Jena, an associate professor of health care policy at Harvard Medical School, in a press release. "Physicians may perceive a potential tradeoff between lowering spending and increasing risk of malpractice. Broader health care reform efforts should recognize the role that physician perceptions about malpractice play in resource utilization decisions."

Researchers at Harvard, Stanford and the University of Southern California reviewed data on nearly 18.5 million hospital admissions in Florida between 2000 and 2009 and data on the malpractice histories of the 24,637 doctors who worked with patients during their hospitalizations.

RELATED HIV-positive man dies after tapeworm tumors grow inside him

More significantly, the data showed that higher-spending doctors in six of seven specialties examined had fewer malpractice claims filed against them. Physicians in the bottom 20 percent of hospital spending faced a 1.4 percent chance of dealing with a lawsuit the following year, while those in the top 20 percent had just a 0.3 percent chance of a filing.

The researchers specifically point to cesarean sections as an example: the more C-sections a doctor performed, the less likely that doctor was to have a malpractice claim filed.

The study has limitations, Jena said, because it did not determine how many physicians contributed to individual patients' care, and the researchers did not consider for medical outcomes of the extra procedures. The researchers are also unsure why the extra tests are associated with lower malpractice claims and how much extra spending is entirely motivated by practicing defensive medicine.

Further studies will need to be done, researchers wrote in the study, because of the emphasis placed on reducing health spending by eliminating unnecessary tests and procedures as an important part of overall health care reform in the United States.

"The overall goals in health care reform are to reduce spending," Jena told the Washington Post. "So that strategy has relied on physicians to reduce spending and over-utilization, but by doing so you could imagine their liability risk goes up, and that could be a potential obstacle to getting physicians to buy in to what we're trying to do as a society with health care."

The study is published in the British Medical Journal.

Health News // 9 hours ago
White House conference underscores 'food and medicine go hand in hand'
WASHINGTON, Sept. 28 (UPI) -- Science has "connected the dots" between a healthy diet and disease prevention and treatment, and it is high time to realize a person's chronic illness can't be managed if they're hungry -- and do more about it.

Health News // 11 hours ago
FDA updates definition of 'healthy' for food labels
The U.S. Food and Drug Administration announced on Wednesday that it is updating the marketing term "healthy" to reflect what has been learned about what makes a wholesome diet.

Health News // 11 hours ago
Officials warn Florida residents of carbon monoxide dangers ahead of Hurricane Ian
As Florida and nearby states brace for the potential impact of Hurricane Ian, residents in the storm's path should also think about the hazards they may face in its aftermath.