Study: Diet diversity, moderation might be less healthy for adults

Among study participants, the more diverse a person's diet was, the less they ate healthy foods such as fruit and vegetables. Photo by hxdyl/Shutterstock

HOUSTON, Nov. 2 (UPI) -- Because of varying levels of health benefits from food to food, eating "everything in moderation" and having greater diet diversity was linked to worse metabolic health, in a new study.

Eating bad foods in moderation has long been thought of as a healthy method of controlling diet, for weight and health purposes. Researchers at Tufts University and the University of Texas analyzed medical data to find evidence for the longstanding theory.

The data showed, however, that people who had a more diverse diets tended to eat more unhealthy foods and fewer healthy foods -- resulting in higher levels of obesity and worse metabolic health.

"Americans with the healthiest diets actually eat a relatively small range of healthy foods," said Dr. Dariush Mozaffarian, dean of the Friedman School of Nutrition Science and Policy at Tufts University, in a press release. "These results suggest that in modern diets, eating 'everything in moderation' is actually worse than eating a smaller number of healthy foods."

The researchers used data on 6,814 people between the ages of 45 and 84 who did not have type 2 diabetes collected as part of the Multi-Ethnic Study of Atheroslerosis, measuring total number of different foods eaten per week, distribution of calories across foods eaten, and differences in food as they relate to metabolic health such as fiber or trans-fats.

Diversity in people's diets was not linked to better health, with people who had more diversity in what they ate having a 120 percent greater chance of waist circumference increase than those with lower diversity.

The researchers also compared how diet quality affected metabolic health using the Dietary Approaches to Stop Hypertension score and Alternative Health Eating Index Score. After five years, the quality of participants' diets was not linked to changes in waist circumference, however those with a better diet were 25 percent less likely to develop type 2 diabetes.

"An unexpected finding was that participants with greater diversity in their diets, as measured by dissimilarity, actually had worse diet quality. They were eating less healthy foods, such as fruits and vegetables, and more unhealthy foods, such as processed meats, desserts and soda," said Otto. "This may help explain the relationship between greater food dissimilarity and increased waist circumference."

Health News // 15 hours ago
Teens who use joints, bongs, concentrates more likely to keep using pot
Jan. 24 (UPI) -- Researchers say that some pot products -- especially combustibles and concentrates, such as wax and budder -- are more likely to keep teens coming back for more, suggesting cannabis control efforts get product specific.

Health News // 16 hours ago
Two million new cases of flu reported in U.S. in last week, CDC says
Jan. 24 (UPI) -- More than 15 million people have fallen ill from the flu, the CDC announced on Friday, reflecting another 2 million cases reported in the week ending Jan. 18. So far this season, 8,200 people have died from the flu. 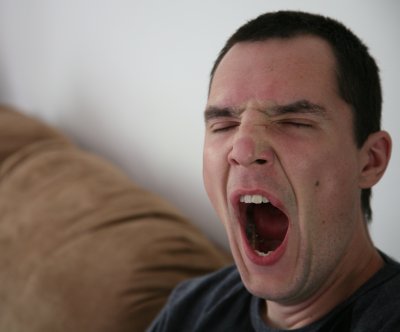 Health News // 18 hours ago
One-third of 'critical workers' not getting enough sleep
More than one-third of working Americans don't get enough sleep, and the problem is greatest among the police, the military, health care workers and truckers, researchers report.