Different parts of the brain are activated by food craving in obese and normal weight patients, researchers found.

Approaching obesity as partially caused by an addiction to food could help doctors better treat the condition. Photo by Suzanne Tucker/Shutterstock

The study sheds light on the urge to eat, which researchers said is poorly understood but could help to shed light on better ways to treat obesity. Most methods of treating obesity are ineffective, they said.

"There is an ongoing controversy over whether obesity can be called a 'food addiction,' but in fact there is very little research which shows whether or not this might be true," Oren Contreras-Rodriguez, a researcher at the University of Grenada, said in a press release. "The findings in our study support the idea that the reward processing following food stimuli in obesity is associated with neural changes similar to those found in substance addiction."

The researchers enrolled 39 obese and 42 normal weight people in the study who were on average 33.34 years old, and 46.9 percent of whom were women. The participants were fed a buffet-style meal and later had MRIs taken of their brains. During the MRI, each participant was shown pictures of foods from the buffet to stimulate craving.

Researchers compared MRIs taken before and after the meal, noting differences between the ways the participants' brains reacted to the pictures. In obese patients, a greater connectivity between the dorsal caudate and the somatosensory cortex was seen.

Activity in these regions of the brain implicate in reward-based habits and the coding of the energetic value of foods. In normal weight patients, food craving was associated with different parts of the brain that are similarly associated with consuming high-calorie food items, however that connection to food craving was most notable with participants that had excess weight based on BMI.

The participants were then also followed for three months after the initial study, with researchers finding that 11 percent of the weight gain in obese individuals could be predicted by increased brain activity.

"This still needs to be viewed as an association between food craving behavior and brain changes, rather than one necessarily causing the other," Oren-Rodriguez said. "However, these findings provide potential brain biomarkers, which we can use to help manage obesity, for example through pharmacotherapies and brain stimulation techniques, that might help control food intake in clinical situations."

The study was presented at the 28th Annual Congress of the European College of Neuropsychopharmacology. 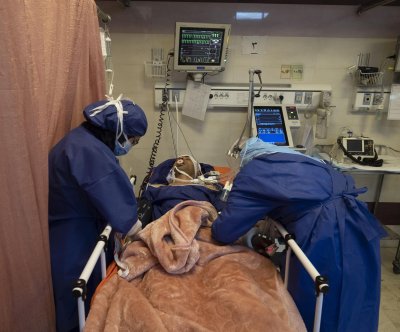