While not a cure for the disease, it prevents gluten from being absorbed in the small intestine. 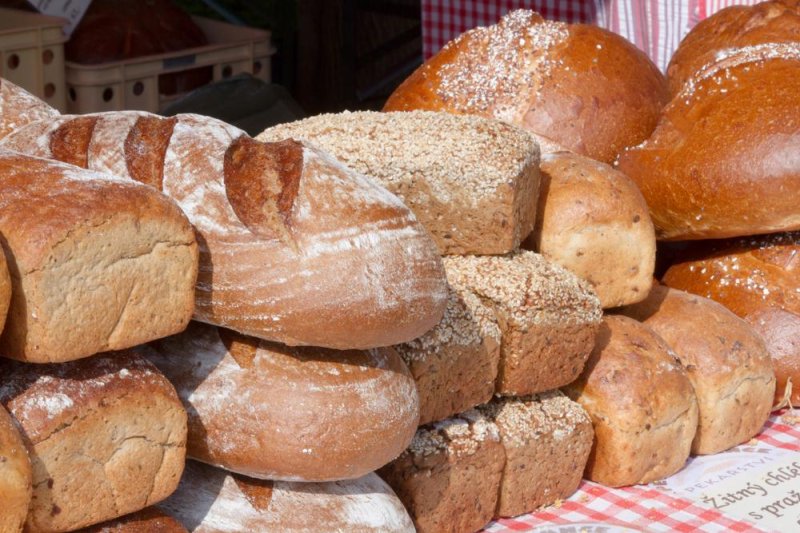 Within a few years, people with celiac disease will be able to take a pill and consume food such as bread without their bodies reacting negatively to gluten. Photo by Gaus Nataliya/Shutterstock

EDMONTON, Alberta, July 22 (UPI) -- People with celiac disease may within a few years be able to eat foods made with gluten, such as bread, pizza and beer, by taking a pill a few minutes before a meal.

The pill is a natural supplement made from chicken egg yolk antibodies developed by Hoon Sunwoo, an associate professor in the Faculty of Pharmacy and Pharmaceutical Sciences at the University of Alberta, and colleague Jeong Sim, a retired professor from the Faculty of Agricultural, Life & Environmental Sciences. The antibody prevents the absorption of gliadin, a component of gluten that people with celiac disease can't digest.

"This supplement binds with gluten in the stomach and help to neutralize it, therefore providing defence to the small intestine, limiting the damage gliadin causes," Sunwoo said in a press release.

Gluten is found in wheat, barley and rye, and is often used as a binding agent in many foods and cooking, meaning people sensitive to it have to be very selective of foods. Symptoms of celiac disease include anemia, headaches, bloating and fatigue.

Sunwoo told CBC News people with celiac disease could take the pill before a meal and be able to consume food containing gluten for between 1 and 2 hours.

The pill completed safety trials two months ago and is expected to enter the next round of clinical trials sometime next year. Sunwoo and Sim partnered with IGY Inc. and Vetanda Group to market the supplement, and say say the pill could be available within three years.