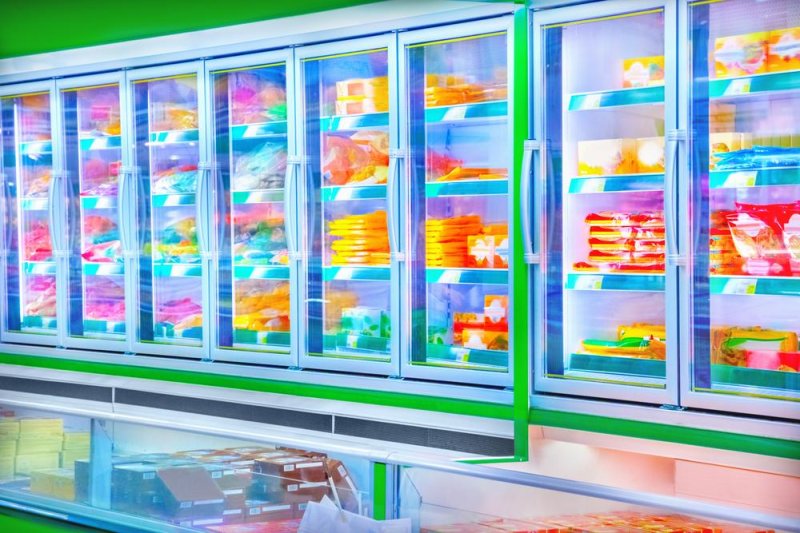 Roughly 4 million pounds of frozen chicken products have been recalled in the last week over salmonella contamination concerns. Photo by Adisa/Shutterstock

WASHINGTON, July 17 (UPI) -- Aspen Foods has recalled nearly 2 million pounds of frozen chicken products after three people in Minnesota were sickened by salmonella, following Barber Foods' announcement less than a week ago that it was recalling a similar amount of chicken for the same reason.

The Aspen recall is for 1.97 million pounds of raw, frozen chicken products produced April 15 and July 10, with "best if used by" dates ranging between July 14, 2016, and Oct. 10, 2016. The types of chicken products include breaded cordon bleu, breaded broccoli and cheese, breaded chicken kiev, breaded chicken parmesan and breaded Buffalo-style, according to a press release from Aspen's owner, Koch Foods.

In addition to the Antioch Farms and Oven Cravers brands, several private label store brands manufactured by Aspen were included in the recall, including Kirkwood, Chestnut Farms and Sysco, according to the recall announcement from the USDA's Food Safety and Inspection Service. All of the brands affected by the recall can be identified by the "best if used by" dates or the establishment number "P-1358" in the USDA mark of inspection.

FSIS was notified in late June about three cases of salmonella in Minnesota on June 23, where they were able to track the source of the illnesses back to the Aspen chicken products.

The salmonella concern is the second this week after Barber Foods expanded a small recall to include 1.7 million pounds of frozen chicken products after 11 people in Minnesota and Wisconsin were sickened by salmonella.

Salmonella causes salmonellosis, the most common bacterial food-borne illness. Symptoms of infection include diarrhea, abdominal cramps and fever within 12 to 72 hours of exposure. Most people recover from the illness without treatment in four to seven days. However, older adults, infants and people with weakened immune systems are at risk for more severe illness.

In addition to the two salmonella-related recalls, Murry's Inc. recalled about 20,000 pounds of gluten-free breaded chicken nuggets that tested positive for Staphylococcal enterotoxin, FSIS said in a press release.

The recall is specifically for 12-ounce boxes of "Bell and Evans Gluten Free Breaded Chicken Breast Nuggets" with a "best by" date of March 25, 2016. The Colorado Department of Health discovered the contamination during a routine sampling of retail products, FSIS said.

Unlike salmonella, which can be killed by cooking food to an internal temperature of 165 degrees, Staphylococcal enterotoxin does not die when cooked. Symptoms of Staphylococcal-caused illness usually develop in one to six hours and typically include some combination of nausea, vomiting, stomach cramps and diarrhea.

Health News // 9 hours ago
Using inflatable neck rings in water can seriously injure infants, FDA warns
Neck floats marketed for babies to use in water can lead to serious injury or death, the U.S. Food and Drug Administration warned this week.

Health News // 13 hours ago
Strain of MRSA 'superbug' in pigs can jump to humans
A strain of the superbug MRSA has emerged in pigs that is highly resistant to antibiotics and a growing cause of human infections.

Health News // 15 hours ago
Llamas produce immune particles that could fight COVID-19
Llamas are more than beautiful creatures -- they could also help protect humans from COVID-19 and a large array of similar viruses.

Health News // 15 hours ago
Kids who stay active without screens are happier, healthier, study confirms
Kids and teens who play sports, take music lessons, or socialize with friends after school are happier and healthier than children who are glued to a screen during these hours, new research confirms.

Health News // 17 hours ago
'Ripple effect' after Roe: Obstacles to miscarriage, ectopic pregnancy care
WASHINGTON, June 29 (UPI) -- As legal experts ponder what may happen next after the U.S. Supreme Court's decision to overturn the Roe vs. Wade abortion ruling, health experts worry that pregnancy care in the United States will be compromised.
Advertisement