A non-psychotropic compound found in the plant sped up the healing process in rats with mid-femoral fractures.

Cannabinoid receptors in the human body are involved with many vital and non-vital systems, with researchers discovering that one of the compounds in the marijuana plant playing a large role in the growth and strengthening of bones. Photo by jessicahyde/Shutterstock

TEL AVIV, Israel, July 16 (UPI) -- A non-psychotropic component of marijuana, cannabinoid cannabidiol, or CBD, can help heal bone fractures and speed up the process, a study on rats with mid-femoral fractures indicates.

Researchers at Tel Aviv University had previously discovered cannabinoid receptors within human bodies stimulated bone formation and inhibited bone loss. This led them to investigate whether cannabis, or the compounds found within it, could help bones to heal.

"We found that CBD alone makes bones stronger during healing, enhancing the maturation of the collagenous matrix, which provides the basis for new mineralization of bone tissue," Dr. Yankel Gabet, of the Bone Research Laboratory in the Department of Anatomy and Anthropology at Tel Aviv University, said in a press release. "After being treated with CBD, the healed bone will be harder to break in the future."

According to Gabet, the human body is equipped with a cannabinoid system that is involved with regulating both vital and non-vital systems. This is why the psychogenic compound in marijuana, tetrahydrocannabinol, or THC, has an effect on the human brain.

The researchers tested CBD alone, as well as CBD with THC, on groups of rats with fractured femora. They found CBD and THC sped up the healing of the rats after eight weeks of treatment. CBD alone was nearly as effective at helping the bones to heal.

"The clinical potential of cannabinoid-related compounds is simply undeniable at this point," Gabet said. "While there is still a lot of work to be done to develop appropriate therapies, it is clear that it is possible to detach a clinical therapy objective from the psychoactivity of cannabis. CBD, the principal agent in our study, is primarily anti-inflammatory and has no psychoactivity."

The study is published in the Journal of Bone and Mineral Research.

RELATED Man with 90-minute memory baffles doctors
RELATED Study: Wider use of statins could save thousands of lives 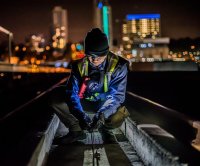 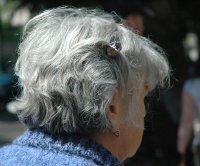