Researchers determined 18 factors in an effort to understand when chronic conditions begin to manifest.

Researchers determined a set of biomarkers to help determine the biological age of participants in a study. Photo Evgeny Atamanenko/Shutterstock

DURHAM, N.C., July 8 (UPI) -- While there is a plethora of studies that have been done on older adults who have chronic disease, researchers determined 18 factors to help determine aging in adults in their 20s and 30s in an effort to measure biological age and understand when chronic conditions begin to manifest.

Signs of aging, in organs as well as in skin, joints and hair, can be detected in people as young as 26, including some in the study whose bodies were aging as much as 3 years for every 1 chronological year.

"We set out to measure aging in these relatively young people," said Dan Belsky, an assistant professor of geriatrics in Duke University's Center for Aging, in a press release. "Most studies of aging look at seniors, but if we want to be able to prevent age-related disease, we're going to have to start studying aging in young people."

Researchers used data from the Dunedin Study, which has tracked 1,037 people since they were born in 1972 and 1973. The biomarkers researchers applied to aging assessments include the functions of kidneys, liver, lungs, metabolic and immune systems, as well as HDL cholesterol, cardiorespiratory fitness, and the length of the telomeres in chromosomes.

Belsky suggests intervening in the aging process, rather than treating what conditions that on some level are the symptoms of aging, such as heart disease and cancer.

"As we get older, our risk grows for all kinds of different diseases," Belsky said. "To prevent multiple diseases simultaneously, aging itself has to be the target. Otherwise, it's a game of whack-a-mole."

The study is published in the Proceedings of the National Academy of Sciences. 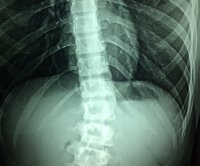