An algorithm monitors glucose levels, determining when a patient's body is in need of insulin. 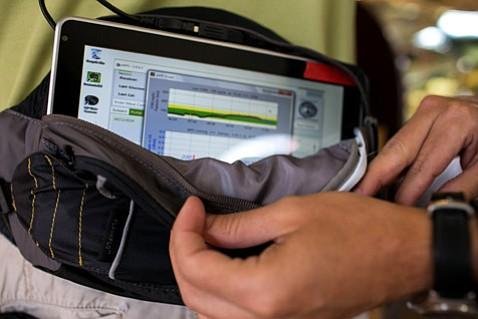 In clinical studies for the algorithm, patients used a tablet to monitor and and maintain glucose levels. Researchers have now finished design of a chip that will allow the algorithm to run an artificial pancreas without the tablet. Photo: Thomas Peyser/University of California Santa Barbara

WASHINGTON, July 1 (UPI) -- An implantable artificial pancreas that monitors glucose levels and delivers insulin as needed was shown to work in lab tests and will soon be tested with animals, researchers said.

The device has been a longtime goal to simplify the lives of Type 1 diabetes patients who monitor, calculate and inject the amount of insulin their bodies need using either a needle or an insulin pump.

The problem with these methods, researchers said in a press release, is the lag between when a dose is needed and when it takes effect in a person's body.

To solve the problem, researchers designed an algorithm that monitors glucose levels continuously, computes the insulin dose and delivers it immediately. Researchers said the algorithm is designed to work with implanted devices, specifically an artificial pancreas.

Testing on the algorithm was done using iPads connected to an insulin pump, with this most recent study being the design of a chip that will be installed in devices to automate them.

Computer simulations using the algorithm simulated the rise and fall of glucose in the body that would encompass normal parts of the day, such as meals and sleep, and researchers found blood glucose target ranges were met 80 percent of the time.

"The closed-circuit system provides much tighter control at an unprecedented level to minimize complications and to improve the quality of life," said Frank Doyle, chair of the University of California-Santa Barbara chemical engineering department, in a press release when the algorithms were first revealed. "It will have immediate benefits, as it will lower health-care costs in the country and it will reduce the amount of decisions people with diabetes need to make on a constant basis."

Testing in animals is expected to begin soon.

The study is published in Industrial and Engineering Chemistry Research. 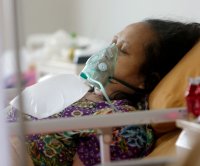