A study showed that high blood pressure may help prevent Alzheimer's, but researchers give drugs used for the condition the credit. 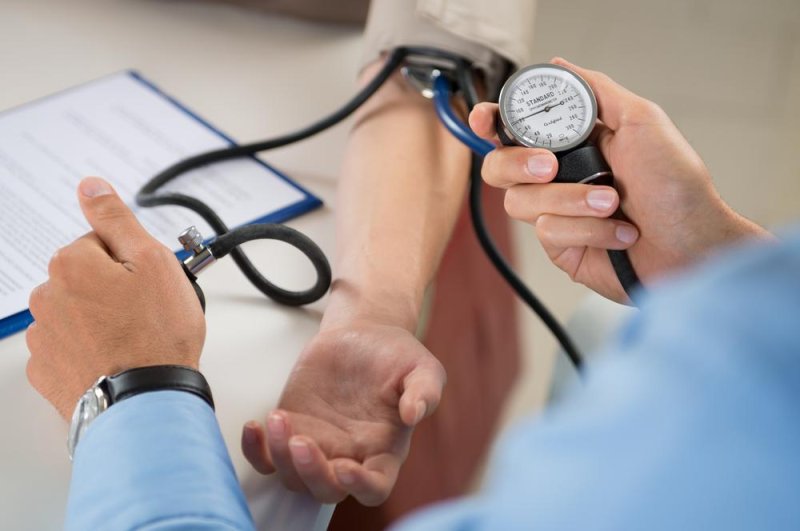 A large study of genetic data shows that a predisposition to high blood pressure lowers the risk of developing Alzheimer's. Photo: Rido/Shutterstock

PROVO, Utah, June 26 (UPI) -- Researchers believe that anti-hypertensive drugs used to treat high blood pressure may be lowering patients' risk of developing Alzheimer's disease, based on a large study of genetic risk factors for the disease.

The purpose of the study was to discover whether risk factors of Alzheimer's, such as BMI, insulin resistance, blood pressure, cholesterol, diabetes, were having a causal effect on the disease's development in patients.

Researchers analyzed genetic data from 17,008 individuals with Alzheimer's and 37,154 people without the disease on a supercomputer at Brigham Young University using Mendelian randomization, which uses subjects' genetics as a proxy for a randomized clinical trial.

The results showed only a relationship of some sort between high blood pressure and lower risk of Alzheimer's. Researchers note it is likely not the condition holding off the development of the disease, but suspect drugs used for treatment are the reason, suggesting future studies focus on the effects of anti-hypertensive drugs on Alzheimer's development.

"It's likely that this protective effect is coming from antihypertensive drugs," said John Kauwe, associate professor of biology at BYU. "These drugs are already FDA approved. We need to take a serious look at them for Alzheimer's prevention."

Anti-hypertensive medications are not the first drugs suspected to lower the risk of Alzheimer's, as researchers reported earlier this month that drugs used with transplant patients to block immune system rejection of new organs may also help prevent the disease.

RELATED More than 1 in 8 Americans with HIV unaware

Health News // 22 minutes ago
Study estimates 622 excess deaths among doctors during the pandemic
Many of America's doctors who were heroes on the frontlines of the pandemic paid the ultimate price for their efforts, a new analysis shows.

Health News // 14 hours ago
Researchers: 91.7% of 376 former NFL players in study had CTE
Feb. 6 (UPI) -- Researchers at Boston University have identified chronic traumatic encephalopathy in the brains of more than 91% of former NFL players involved in an ongoing study of the delayed neurodegenerative disorder.

Health News // 16 hours ago
Living near busy traffic may raise odds for tinnitus
People who live near traffic noise, especially when it continues at night, are more likely to develop the repetitive whistling or buzzing sounds in their ears known as tinnitus.