Human sperm extremely efficient at swimming against the current

Jorn Dunkel, an assistant professor of mathematics at the Massachusetts Institute of Technology and colleagues at Cambridge University, said of the hundreds of millions of sperm cells that swim up the oviducts, only a few make it to their destination -- an egg. The sperm have to swim in the right direction over distances around 1,000 times their own length, while navigating chemicals and currents.

"We found that if you create the right flow velocities, you can observe them swimming upstream for several minutes," Dunkel said in a statement.

"The mechanism is very robust."

The researchers said they were surprised to find sperm were not swimming in a straight line upstream, but in a spiraling motion, along the walls of the channel.

The findings, published in the journal eLife, also add to growing evidence challenging the commonly held belief that sperm cells compete with one another with the fittest reaching the egg first.

"Recent studies by our team and others show that sperm practically always accumulate at the surface of a tube, and you can end up with a high local concentration of sperm cells, so there could actually be cooperation among these cells that allows them to swim faster collectively," Dunkel said.

Sperm quality linked to a man's mortality Fathers may have a biological clock, too Many men start testosterone therapy without clear medical need 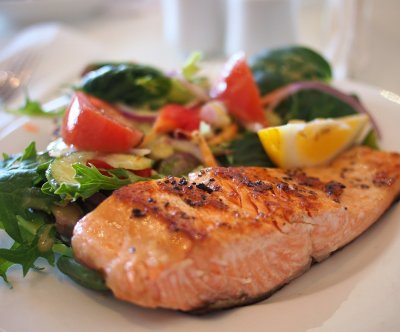