Study: Tobacco plant may have the key to fighting cancer

La Trobe University researchers have found the plant contains a molecule that can kill cancer cells.

According to La Trobe University researchers, the flowers of tobacco plants contain a molecule that has to the potential to be used to kill cancer cells.

The molecule, which is part of the plant’s natural defense system and typically kills off fungi and bacteria, “has the ability to identify and destroy cancer.”

“There is some irony in the fact that a powerful defense mechanism against cancer is found in the flower of a species of ornamental tobacco plant, but this is a welcome discovery, whatever the origin,” said lead researcher Dr. Mark Hulett.

According to the report from the La Trobe Institute for Molecular Science, the NaD1 molecule “works by forming a pincer-like structure that grips onto lipids present in the membrane of cancer cells and rips it open, causing the cell to expel its contents and explode.”

A biotechnology company, Hexima, has already started conducting preliminary trials to see if the NaD1 molecule could be effectively used to treat cancer in humans.

“One of the biggest issues with current cancer therapies is that the effect of the treatment is indiscriminate,” Dr Hulett said. “In contrast, we’ve found NaD1 can target cancerous cells and has little or no effect on those that are healthy.”

Health News // 14 minutes ago
Lost sense of smell returns for nearly all COVID-19 survivors
A year on, nearly all patients in a French study who lost their sense of smell after a bout of COVID-19 did regain that ability, researchers report. 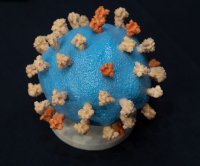 Health News // 3 hours ago
Study: First cases of COVID-19 likely occurred weeks earlier than reported
June 24 (UPI) -- The first case of COVID-19 likely arose in China between early October and mid-November of 2019, according to an analysis published Thursday by the journal PLOS Pathogens.

Health News // 16 hours ago
Pandemic may have created 'baby bust' instead of boom
The pandemic not only cost hundreds of thousands of American lives, but it also appears to have triggered a deep drop in births, U.S. health officials reported Wednesday. 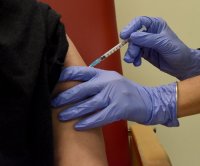