BETHESDA, Md., Nov. 13 (UPI) -- About 106,000 Americans picked health plans in the 30 days of the new enrollment period, with almost a million more in the works, an official said Wednesday.

U.S. Health and Human Services Secretary Kathleen Sebelius said for the first reporting period -- Oct. 1-Nov. 2 -- of the Health Insurance Marketplace's Open Enrollment, 106,185 U.S. adults selected health plans, while another 975,407 made it through the process by applying and receiving an eligibility determination, but had not yet selected a plan.

An additional 396,261 were determined or assessed eligible for Medicaid or the Children's Health Insurance Program, Sebelius said.

"The promise of quality affordable coverage is increasingly becoming reality for this first wave of applicants to the health insurance marketplaces," Sebelius told reporters during a telephone news conference.

"There is no doubt the level of interest is strong. We expect enrollment will grow substantially throughout the next five months, mirroring the pattern that Massachusetts experienced. We also expect that the numbers will grow as the website, HealthCare.gov, continues to make steady improvements."

The report is at: http://aspe.hhs.gov/health/reports/2013/MarketPlaceEnrollment/rpt_enrollment.pdf.

Health News // 11 hours ago
Kids raised by grandparents more likely to be overweight, obese
Grandparents can be a bad influence on kids' weight, researchers say, in a study that found kids cared for by grandparents had nearly 30 percent higher odds for being overweight or obese.

Health News // 12 hours ago
Vaping linked to DNA changes similar to those in cancer
Chemical alterations called epigenetic changes have been linked to vaping and e-cigarette use, and can cause genes to malfunction. The changes are found in nearly all types of cancer, researchers say.

Health News // 17 hours ago
Too much sitting increases heart disease, diabetes risk in older women
Feb. 17 (UPI) -- Researchers assessed the sitting habits of older, post-menopausal women and found that those who spent more time seated, and were either overweight or obese, had a higher risk of heart disease and diabetes. 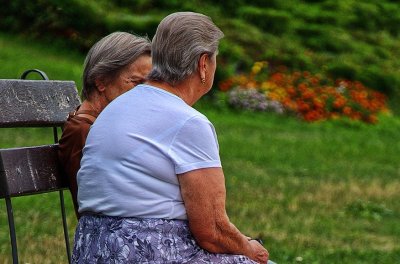