A person's type of happiness can affect their genes

For the last 10 years, Steven Cole, a University of California, Los Angeles, professor of medicine and a member of the UCLA Cousins Center, and colleagues, including first author Barbara L. Fredrickson at the University of North Carolina, examined how the human genome responds to stress, misery, fear and all kinds of negative psychology.

The researchers examined the biological implications of both hedonic, pleasure seeking happiness, and eudaimonic happiness, contentment from a life of purpose and meaning, through the lens of the human genome -- a system of some 21,000 genes that has evolved fundamentally to help humans survive and be well.

"Both seemed to have the same high levels of positive emotion. However, their genomes were responding very differently even though their emotional states were similarly positive."

The study, published in the journal Proceedings of the National Academy of Sciences, said doing good and feeling good have very different effects on the human genome, even though they generate similar levels of positive emotion.

"Apparently, the human genome is much more sensitive to different ways of achieving happiness than are conscious minds," Cole said.

Health News // 3 hours ago
Travel restrictions have varied efficacy at containing disease outbreaks
Feb. 20 (UPI) -- As many as 30 countries have instituted some form of travel restriction in response to the new coronavirus, COVID-19, WHO officials said, in spite of limited scientific evidence they contain infectious diseases.

Health News // 6 hours ago
'Stranger Things' widened awareness of rare bone disorder
Actor Gaten Matarazzo III was born with a rare genetic disorder that affects bone development. Ever since his Netflix series "Stranger Things" became a hit, public interest in the condition has shot up, a new study says.

Health News // 6 hours ago
Knowledge may increase American interest in plant-based diets
A new poll suggests that education is all that stops most Americans from embracing plant-based diets that are better for the planet. 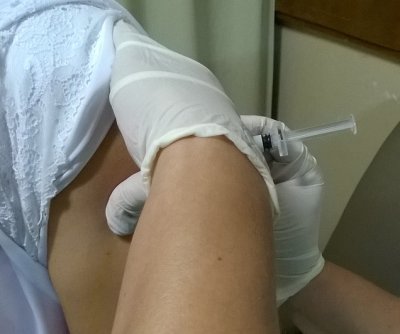 Health News // 9 hours ago
CDC: This season's flu shot nearly 50% effective
Feb. 20 (UPI) -- Early effectiveness estimates released by the CDC Thursday indicate that the flu vaccine developed for 2019-20 reduced doctor visits associated with the virus by 45 percent overall, and by 55 percent in children.

Health News // 11 hours ago
Lung diseases increased 18% worldwide in last 30 years
Lung diseases have been striking more people around the world in the past 30 years, new research shows. And being from poor regions is the most important risk factor for respiratory trouble, scientists added.

Health News // 13 hours ago
Age may affect healthcare treatment decisions
There may be something about a patient's age of 80 that makes doctors alter their heart attack treatment decisions -- consciously or not, new research suggests.