UN: HIV in children down by half or more in 7 African countries

The United Nations revealed Tuesday that seven countries in sub-Saharan Africa have seen new HIV infections among children drop by half or more since 2009.

This according to the latest progress report on the Global Plan launched in July 2011 to eliminate new HIV infections among children by 2015 while keeping their mothers alive.

It focuses on 22 countries which account for 90 percent of new HIV infections among children. The current report presents the progress made by the 21 countries in sub-Saharan Africa as data from India was not available at the time of the report.

Botswana, Ethiopia, Ghana, Malawi, Namibia, South Africa, and Zambia have reduced new HIV infections among children by half since 2009, while Tanzania and Zimbabwe are making "substantial progress."

Overall, there were 130,000 fewer new HIV infections among children across the 21 countries in sub-Saharan Africa, 38 percent fewer than in 2009.

The Joint UN Program on HIV/AIDS (UNAIDS) noted that Ghana showed the greatest decline in new infections since 2009 at 76 percent, followed by South Africa at 63 percent.

“The progress in the majority of countries is a strong signal that with focused efforts, every child can be born free from HIV,” said Michel Sidibé, Executive Director UNAIDS, which spearheaded the Global Plan initiative along with the United States President’s Emergency Plan for AIDS Relief (PEPFAR).

“But progress has stalled in some countries with high numbers of new HIV infections. We need to find out why and remove the bottlenecks,” Sidibé added.

In Angola, new HIV infections have even increased. In other priority countries, infection rates are decreasing slowly.

Earlier this month U.S. Secretary of State John Kerry announced that the one millionth baby was born HIV-free due to PEPFAR’s support.

But the new report shows that although the number of pregnant women receiving antiretroviral therapy for their own health has increased since 2009, only half of all breastfeeding women living with HIV or their children receive antiretroviral medicines to prevent transmission of the disease. 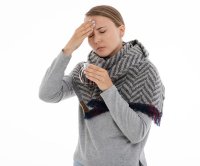 Health News // 19 minutes ago
Most with mild COVID-19 still need care months later, CDC reports
April 23 (UPI) -- Nearly 70% of adults with COVID-19 who don't require hospital care visit a healthcare provider at least once one to six months after diagnosis due to lingering symptoms of the virus, according to CDC data.

Health News // 1 hour ago
Study confirms cases of human-to-cat COVID-19 transmission
April 23 (UPI) -- People infected with COVID-19 who have cats as pets can pass the virus to their feline companions, and the felines may develop life-threatening respiratory symptoms, a study published Friday by Vet Record found.

Health News // 9 hours ago
Study: 'Disrupted' sleep may seriously affect health, worse for women
Disrupted sleep may actually increase your odds of dying early from heart disease or any other cause, and women seem to be harder hit by these effects than men. 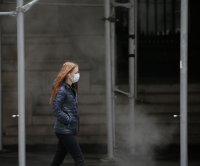 Health News // 11 hours ago
Long-haul COVID-19 symptoms common, rise with severity of illness
For people who've suffered through COVID-19, their misery is too often not over. New research shows that a variety of "long-haul" symptoms are common, and the risk rises along with the severity of their case of COVID-19.

Health News // 13 hours ago
CDC probing death of Oregonian woman who received J&J COVID-19 vaccine
April 22 (UPI) -- Health officials in Oregon said Thursday that the CDC is investigating the death of a woman who developed blood cots after she was immunized with the Johnson & Johnson COVID-19 vaccine.

Health News // 20 hours ago
Belly fat can harm heart health even among those who aren't obese
Extra padding around the belly can spell trouble for the heart, even if you're not technically overweight.