"Children raised by authoritarian parents are showing maladaptive outcomes, such as depression, anxiety and poor social skills," Qing Zhou, an assistant professor of psychology at the University of California, Berkeley, said in a statement.

-- Permissive parenting: indulgent, few or inconsistent rules, use of bribery to motivate, love and nurturing more consistent with friendship than guardianship.

Zhou said research showed authoritarian parenting, which can include tough academic pressure, can lead to poor mental health outcomes for children and teenagers, such as depression, anxiety and poor social skills.

Most recently, Zhou's research team ran an 11-week parenting class at UC Berkeley and San Francisco State University for divorced Asian-American mothers, many of whom are Chinese immigrants raised in the authoritarian tradition.

"When they first came to the workshops, a lot of them would say, 'Why should I praise my child for doing something they are supposed to do?' But we encouraged them to try and they saw positive changes in their relationships," Zhou said.

Health News // 3 hours ago
What's in a name? When it comes to prescription drugs, a lot, experts say
Jan. 21 (UPI) -- Although drug brand names seen in television advertisements and elsewhere may seem bizarre, there typically is a method behind the seeming madness, experts said. 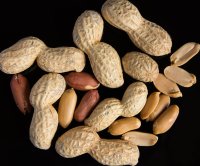 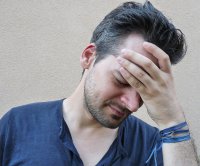 Health News // 20 hours ago
Patients with brain fog after COVID-19 have abnormalities in cerebrospinal fluid
Brain fog has become an inexplicable side effect of COVID-19 infection, but researchers now report they have discovered a possible reason why it happens.

Health News // 1 day ago
Surgeons perform second successful pig-to-human kidney transplant
Jan. 20 (UPI) -- Researchers at the University of Alabama-Birmingham have successfully transplanted two kidneys from a genetically modified pig into a human who was brain dead, they said.