Men's testosterone soars when their team wins, similar to war 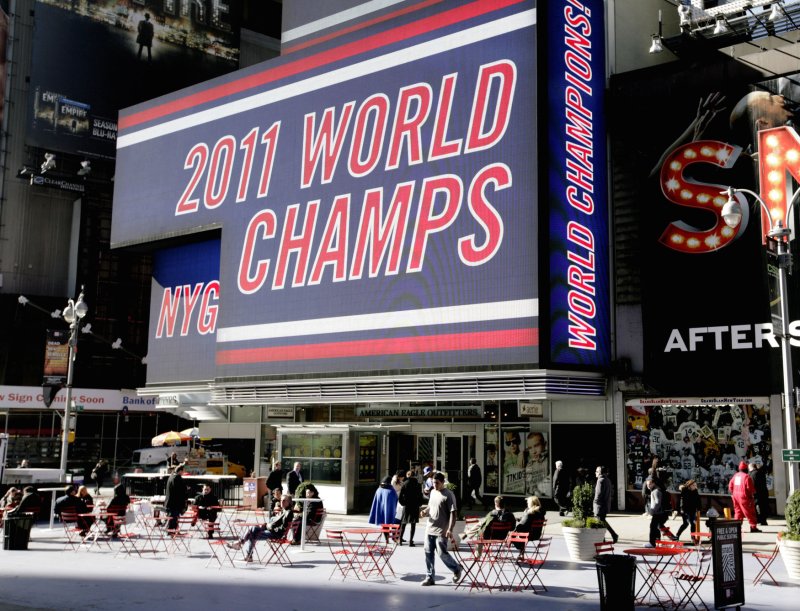 Men's testosterone soars when winning against competitors, not friends. A huge sign in Time Square honors the New York Giants football team the day after they won the Superbowl on February 6, 2012 in New York City. UPI/Monika Graff | License Photo

COLUMBIA, Mo., May 18 (UPI) -- Male testosterone levels increase when victorious in competition against rivals, but not friends, U.S. researchers say.

"One interesting thing about humans is that we are the only animal that competes in teams," Mark Flinn, professor of anthropology at the University of Missouri, said in a statement. "Our hormonal reactions while competing are part of how we evolved as a cooperative species. What we found in our study is that although male's testosterone levels increase when men are victorious against strangers or rivals, levels of the hormone tend to stay the same when competing against friends."

Flinn and his research team studied males from varying age groups on the island of Dominica while they played dominoes or cricket.

"For example, when MU plays the University of Kansas, males will probably have a huge increase of testosterone during the game and afterwards if their team is victorious," Flinn said. "At the same time we can create a coalition of fans while attending the game and bond together during the event."

Testosterone levels during group competition are modulated depending on the relationships among the competitors and might be related to the formation of alliances in warfare, Flinn said.