Penny Kris-Etherton of Pennsylvania State University and colleagues said the study involved 121 participants at risk for metabolic syndrome, who received a daily smoothie containing 40 grams -- 1.42 ounces -- of one of five oils as part of a weight maintenance, heart-healthy, 2000-calorie per day diet.

Members of the group had five risk factors characterized by increased belly fat; low high-density lipoprotein, the "good" cholesterol and above average blood sugar, blood pressure and triglycerides that increase the risk of heart disease, stroke and type 2 diabetes.

"It is evident that further studies are needed to determine the mechanisms that account for belly fat loss on a diet high in monounsaturated fatty acids," Kris-Etherton said in a statement.

The findings were presented at the American Heart Association Scientific Sessions in New Orleans.

Health News // 11 minutes ago
Minorities still mistreated in medical schools, study finds
Race, gender and sexual orientation are tied to mistreatment of medical school students by faculty, physicians and fellow students, according to a new report.

Health News // 2 hours ago
All state, local labs in U.S. to have COVID-19 tests by next week, CDC says
Feb. 28 (UPI) -- All state and local public health laboratories across the country will have the capability to test for COVID-19 by the end of next week, U.S. Centers for Disease Control and Prevention officials said Friday.

Health News // 4 hours ago
3M new flu cases, but fewer positive lab tests, CDC says
Feb. 28 (UPI) -- There were 3 million new cases of influenza across the country during the week ending February 22. The percentage of lab specimens testing positive for influenza, however, dropped to 26.4 percent, the CDC said.

Health News // 5 hours ago
WHO raises global risk of COVID-19 spread to 'very high'
Feb. 28 (UPI) -- WHO officials have raised their risk assessment for spread and impact of COVID-19 from "high" to "very high," but still declined to declare the outbreak a pandemic amid its impact on an increasing number of nations.

Health News // 6 hours ago
Patient hospital reviews reflect experience, not medical outcome
Rave online reviews about a hospital stay may not mean much about the actual medical care there, if a new study is any indication.

Health News // 15 hours ago
Scientists spot early coronavirus markers in lungs of patients
U.S. researchers report they have spotted early, subtle signs in the lungs that point to coronavirus infection.

Health News // 21 hours ago
Blood flow differs in men, women
How your blood flows through your heart may depend on whether you are a man or a woman, new research suggests. 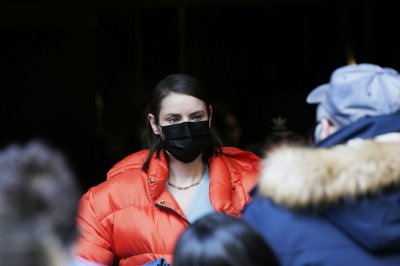