NY: 4 times as many flu cases as last year

ALBANY, N.Y., Jan. 10 (UPI) -- There are more than 19,000 confirmed flu cases in New York, emergency rooms are crowded but officials say they are not calling a public health emergency.

Shah spoke with reporters at the Capitol in Albany Thursday as he administered an influenza vaccine to Gov. Andrew Cuomo.

"It is a serious situation," Cuomo told reporters as he rolled up the sleeve of his New York state polo shirt. "It is a matter of public health."

In New York City, patients with influenza account for about 5 percent of emergency room visits in the city -- higher than past years, but at the moment, New York City is not raising the same level of alarm as other cities, NY1 News, a 24-hour newschannel in New York City, reported.

"We don't see any need to declare a public health emergency," Dr. Thomas Farley, New York City health commissioner, said. "We want to get our message out. If you haven't had your flu shot yet and you haven't been sick, time to get it now."

"Influenza activity in New York City is increasing and we encourage any New Yorkers who have not received their flu vaccination to do so immediately," Farley said.

"The vaccine is available at numerous sites throughout the city including local drugstores, most doctors' offices and Health Department immunization clinics," Farley said.

"Emergency departments are seeing more patients, and we ask New York City residents with flu symptoms to first contact their primary care medical provider, rather than seek care at an emergency department," he advised.

"Outbreaks have been reported in nursing homes and because flu can be particularly dangerous in the elderly, we urge nursing homes in New York City to vaccinate their staff and residents, restrict visits by potentially sick family members, and respond quickly to any possible case of flu in their facility."

Health News // 5 minutes ago
Physical therapy may be better than steroid shots for arthritic knees
Physical therapy for knee arthritis is at least as cost-effective as steroid injections and is more likely to provide longer-term relief, a new study concludes.

Health News // 1 hour ago
Living near fracking sites may shorten life spans, study suggests
Older people who live near or downwind of fracking sites have an increased risk of premature death, likely due to airborne contaminants from the sites, according to a new study. 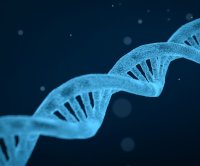 Health News // 1 day ago
Psychiatric disorders linked with higher risk for heart disease, diabetes death
Jan. 27 (UPI) -- People with mental health disorders are up to twice as likely to die earlier from chronic conditions such as heart disease and diabetes than those without them, a study published Thursday by PLOS Medicine found.