LONDON, Oct. 6 (UPI) -- A man who recently returned from Afghanistan has become the first person to die in Britain of Crimean-Congo hemorrhagic fever, doctors say.

The disease, a virus carried by ticks, is common in parts of Africa, China, Eastern Europe and Central Asia but almost unknown in Britain, The Daily Telegraph reported.

The patient has been identified only as a 38-year-old man. He arrived in Scotland after flying Tuesday from Kabul to Glasgow by way of Dubai.

He was transferred to the high security infectious disease unit at the Royal Free Hospital in London from a Glasgow hospital as his condition worsened.

Health officers in Glasgow say four people who were on the plane with the man were contacted and two may be at some risk of getting the disease.

They say there is little danger of infection in most of the man's fellow passengers.

"Crimean-Congo hemorrhagic fever can be acquired from an infected patient only through direct contact with their blood or body fluids, therefore there is no risk to the general public," a spokesman for the Royal Free Hospital said.

The mortality rate for the fever is believed to be about 30 percent in humans, the newspaper reported. Symptoms include headache, vomiting and joint, back and stomach pains, progressing to bruising and bleeding. 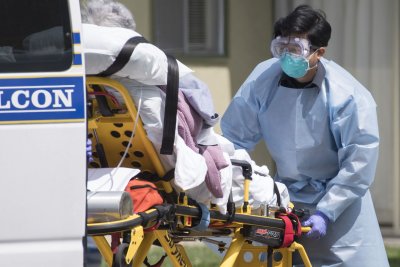