Lead author Dr. Jeff Peipert of Washington University School of Medicine in St. Louis said a Brookings Institution report this year found more than 90 percent of U.S. abortions occur due to an unintended pregnancy and each year 50 percent of all U.S. pregnancies aren't planned -- far higher than in other developed countries.

The Contraceptive Choice Project enrolled 9,256 women and adolescents in the St. Louis area from 2007 to 2011 -- ages 14-45 at risk for unintended pregnancy, and willing to start a new contraceptive method.

About 75 percent of women in the study chose IUDs or implants, Peipert said.

Cost was a major factor in the women choosing a contraceptive. IUDs and implants are inserted by healthcare providers and IUDs are effective for five to 10 years and implants for three years. However, few women use them because they cost about $800 and are often not covered by insurance -- if the women are insured, Peipert said.

RELATED Long-term contraceptive use up since 2002

Health News // 55 minutes ago
Too much early childhood screen time may set kids up for less physical activity
Jan. 28 (UPI) -- Children who spend more time looking at tablets or television screens as infants are likely to be less physically active as they enter school age, a new study has found.

Health News // 3 hours ago
Too few patients enrolling in cancer clinical trials, experts say
One-tenth of 1 percent of cancer patients from 2004 to 2015 enrolled in clinical trials, according to Penn State researchers who analyzed data on more than 12 million patients who had 46 types of cancer.

Health News // 3 hours ago
Long-term use of schizophrenia meds not a threat to health
Good news for people with schizophrenia: Long-term antipsychotic-drug treatment does not increase the risk of heart disease. And taking the drugs is associated with a lower risk of death, according to a new study.

Health News // 6 hours ago
U.S. expands coronavirus screenings, United suspends some flights to China
Jan. 28 (UPI) -- The U.S. is ramping up its response to the coronavirus as it spreads, officials said Tuesday, as they expand airport screenings to 20 cities and develop potential vaccines and drug treatments for the disease. 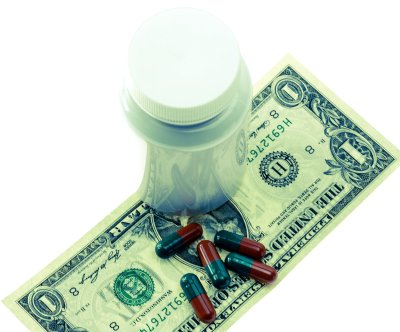 Health News // 17 hours ago
Gene test could spot soccer players at risk for brain issues
A gene mutation implicated in the risk for Alzheimer's disease might also impair memory in soccer players who head the ball a lot, a new study suggests.