There have been seven other cases of anthrax among drug users since June -- one in Scotland, three in Germany, two in Denmark and one in France, The Daily Telegraph reported Friday.

The eighth and most recent case involved a man who died at a hospital in Blackpool after injecting anthrax-laced heroin.

"The Department of Health has alerted the [National Health Service] of the possibility of [people who inject drugs] presenting to emergency departments and walk-in clinics, with symptoms suggestive of anthrax," said Dr. Dilys Morgan, a Health Protection Agency expert in zoonotic infections.

Anthrax is usually found in herbivorous mammals such as cattle, sheep and goats, Morgan said.

"Anthrax can be cured with antibiotics, if treatment is started early. It is therefore important for medical professionals to know the signs and symptoms to look for, so that there are no delays in providing the necessary treatment," Morgan said.

In 2009 and 2010, there was a similar outbreak of anthrax among drug users in Europe that saw 119 cases reported in Scotland, five cases in England and two cases in Germany. A total of 14 people died in that outbreak.

Health News // 1 hour ago
Too much sitting increases heart disease, diabetes risk in older women
Feb. 17 (UPI) -- Researchers assessed the sitting habits of older, post-menopausal women and found that those who spent more time seated, and were either overweight or obese, had a higher risk of heart disease and diabetes. 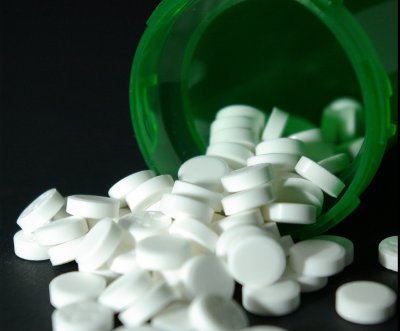