Hagit Cohen of Ben-Gurion University of the Negev and Joseph Zohar of Tel Aviv University and colleagues conducted a series of experiments involving sleep deprivation approximately 6 hours immediately after exposure to a traumatic event and found the development of post trauma-like behavioral responses was reduced.

Approximately 20 percent of people exposed to a severe traumatic event, such as a car or work accident, terrorist attack or war, retain the memory of the event for many years causing difficulties in the one's functioning in daily life.

In the experiments, rats underwent sleep deprivation after exposure to trauma -- predator scent stress exposure -- and did not exhibit later behavior indicating memory of the event. A control group of rats that was allowed to sleep after the stress exposure did remember, as shown by post trauma-like behavior.

"As is the case for human populations exposed to severe stress, 15 percent to 20 percent of the animals develop long-term disruptions in their behavior," Cohen said in a statement. "Our research method for this study is, we believe, a breakthrough in biomedical research."

The findings were published in the Neuropsychopharmacology. 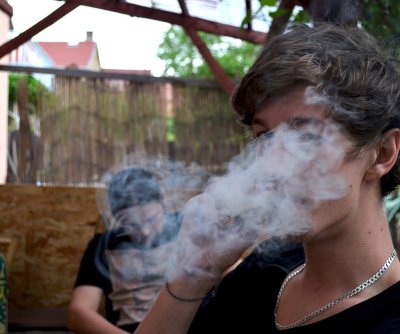