U.S. flu minimal in most states

A report by the Centers for Disease Control and Prevention found of the 4,624 specimens tested by World Health Organization and National Respiratory and Enteric Virus Surveillance System found 19.6 percent were positive for influenza for the week ending March 24.

The proportion of outpatient visits for influenza-like illness was 2 percent overall, down from 2.4 percent last week.

Health News // 8 hours ago
CDC: More than 40% of U.S. adults are obese
Feb. 26 (UPI) -- More than 40 percent of American adults are obese, according to data released by the U.S. Centers for Disease Control and Prevention's National Center for Health Statistics on Thursday.

Health News // 21 hours ago
Congress questions HHS chief Alex Azar on COVID-19 'confusion'
Feb. 26 (UPI) -- In separate budget hearings before two congressional committees, Azar told members of Congress that the spread of the novel coronavirus is contained at the moment -- comments that seem to contradict the CDC.

Health News // 15 hours ago
Adult boosters for tetanus, diphtheria may be unnecessary
Countering a U.S. government advisory, a new study suggests that adults may not need regular booster shots for tetanus and diphtheria if they received a complete vaccination series as children.

Health News // 18 hours ago
Sugary sodas linked to risk factors for heart disease, stroke
Sugar-sweetened drinks can play havoc with your cholesterol and triglyceride levels, which increases your risk for heart disease and stroke, a new study finds.

Health News // 1 day ago
Phone-, tablet-related injuries common, avoidable, experts say
Here's a good reason to put your electronic devices down whenever you can: Experts say that using them incorrectly or too often can put you at risk for a range of injuries. 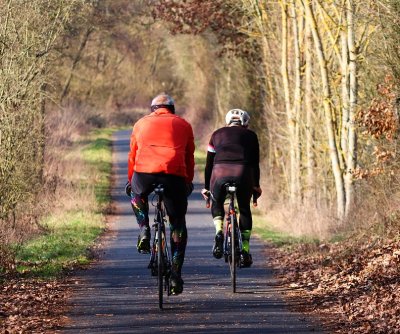 Cognitive decline may be more pronounced in widows