The researchers used data from the National Survey of Families and Households, involving 2,737 single men and women, 896 of whom married or moved in with a partner during the course of six years.

The study focused on key areas of well-being, including happiness, levels of depression, health and social ties.

"We found that differences between marriage and cohabitation tend to be small and dissipate after a honeymoon period. Also while married couples experienced health gains -- likely linked to the formal benefits of marriage such as shared healthcare plans -- cohabiting couples experienced greater gains in happiness and self-esteem," Musick and Bumpass said in a statement. "For some, cohabitation may come with fewer unwanted obligations than marriage and allow for more flexibility, autonomy and personal growth."

The study, scheduled to be published in the February issue of the Journal of Marriage and Family, said marriage is by no means unique in promoting well-being and that other forms of romantic relationships can provide many of the same benefits.

Health News // 45 minutes ago
Those who feel 'invincible' less willing to get COVID-19 vaccine, study finds
Why do some people refuse to get vaccinated or wear masks to prevent the spread of COVID-19? The biggest driver of that decision is a belief that the virus poses no threat to them, a new international study suggests.

Health News // 7 hours ago
Study: 'Long COVID' can last a year after recovery
Patients suffering from "long COVID" can have symptoms that last a year or more, putting their jobs and everyday routines in jeopardy, a new study finds.

Health News // 20 hours ago
Study: Too little vitamin D may raise colon cancer risk in Black women
Black women in the U.S. with low levels of vitamin D have higher odds of developing colon cancer, according to a new research that echoes previous findings in White women.

Health News // 1 day ago
Study: Food texture fills in during loss of smell, taste after COVID-19
People who've lost their ability to smell and taste due to COVID-19 have significant struggles, but they can find ways to cope with their situation, a new study shows. 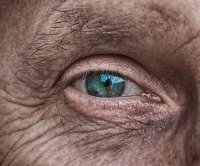 Study: 'Long COVID' can last a year after recovery