Lead author Thomas E. Haupt, an epidemiologist with the Wisconsin division of public health, said the outbreak of Legionnaires' disease was detected among eight people in southeast Wisconsin.

Legionnaires' disease is a severe and potentially life-threatening form of pneumonia caused by the bacteria Legionella and is spread through inhalation contact with contaminated water sources, Haupt said.

The study, scheduled to be published in the February issue of Infection Control and Hospital Epidemiology, found all eight patients had spent time in the main lobby where the fountain was located.

"This, along with the proximity of each patient's onset of illness and the degree of Legionella contamination in the fountain strongly support the conclusion that the decorative fountain was the source of the outbreak," the study said.

The decorative fountain had undergone routine cleaning and maintenance prior to the investigation, but hospital officials quickly shut down the fountain after the outbreak and investigation, the study said. 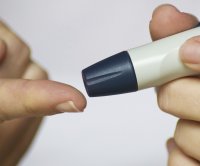