DALLAS, Aug. 10 (UPI) -- Despite knowing tanning beds can increase the risk of skin cancer, many people still use them, and U.S. researchers say an addictive quality may be at play.

Dr. Bryon Adinoff, a professor of psychiatry at the University of Texas Southwestern Medical Center in Dallas, says about 120,000 new cases of melanoma are diagnosed in the United States each year, and while public knowledge of these dangers has grown, so has the regular use of tanning beds.

The participants did not know if they got the real or the filtered ultraviolet exposure. Participants were also administered a compound that allowed scientists to measure brain blood flow while they were tanning.

Adinoff, who is also a staff physician at the Veterans Affairs North Texas Health Care System, says the brain activity and corresponding blood flow tracked in those using the tanning bed was similar to that seen in people addicted to drugs and alcohol.

"Using tanning beds has rewarding effects in the brain so people may feel compelled to persist in the behavior even though it's bad for them," Adinoff says in statement.

The findings are published online ahead of the print edition of Addiction Biology.

Health News // 9 hours ago
Psychiatric disorders linked with higher risk for heart disease, diabetes death
Jan. 27 (UPI) -- People with mental health disorders are up to twice as likely to die earlier from chronic conditions such as heart disease and diabetes than those without them, a study published Thursday by PLOS Medicine found. 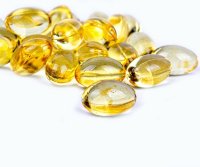 Health News // 12 hours ago
Moderna COVID-19 vaccine aimed at Omicron variant starts trials
Moderna Inc. announced it has launched a trial that will study the power of a redesigned booster shot for COVID-19 -- one that hones in on the highly contagious Omicron variant.

Health News // 12 hours ago
Masks prevent COVID-19 outbreaks at child-care facilities, study says
Jan. 27 (UPI) -- Child-care facilities in the United States that required those enrolled to wear face coverings early in the COVID-19 pandemic saw 13% fewer closures within the following year than programs without these rules.

Health News // 22 hours ago
Injecting fat cells may relieve heel pain from plantar fasciitis
A small pilot study suggests that an injection of a patient's own fat cells can help ease the often-excruciating heel pain brought on by a condition known as plantar fasciitis.