Dewey Cornell, a clinical psychologist and professor of education at the University of Virginia, and colleagues compiled surveys about bullying in 2007 from more than 7,300 ninth-grade students and almost 3,000 teachers at 284 high schools located across Virginia. The survey defined bullying as "the use of one's strength or popularity to injure, threaten or embarrass another person on purpose."

About two-thirds of the students were white, 22 percent were African-American and 5 percent were Hispanic, Cornell says.

The study finds that schoolwide passing rates on standardized exams for Algebra I, Earth Science and World History were 3 percent to 6 percent lower in schools where students reported more severe bullying.

"This difference is substantial because it affects the school's ability to meet federal requirements and the educational success of many students who don't pass the exams," Cornell says in a statement.

Schools are under immense pressure to improve standardized test scores because of the No Child Left Behind Act, Cornell adds.

"This study supports the case for schoolwide bullying prevention programs as a step to improve school climate and facilitate academic achievement," Cornell says.

The findings were presented at the 119th annual convention of the American Psychological Association in Washington.

Health News // 3 hours ago
Exercise, diet program helps elderly people remain independent
It's never too late to start exercising -- and the right activities might help you stay independent in your home.

Health News // 18 hours ago
Vaccines administered after infection may reduce risk of long COVID
Getting a COVID-19 shot after you've been infected could reduce your risk of developing prolonged COVID-19 symptoms, or so-called long COVID, according to a new study. 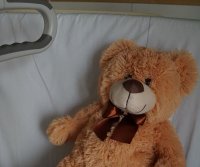 Health News // 18 hours ago
Number of acute hepatitis cases in children rises to 180 in U.S.
The number of American children affected by acute hepatitis of unknown cause continues to grow, the U.S. Centers for Disease Control and Prevention said on Wednesday.

Health News // 18 hours ago
CDC recommends masks in areas with high COVID-19, including a third of Americans
Masks may not be required, but Americans should consider wearing one anyway if they live in an area where COVID-19 case numbers are high, federal health officials said Wednesday. 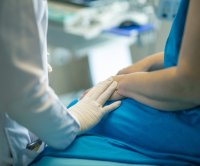 Health News // 19 hours ago
U.S. doctors often mistreated by patients, families, study finds
May 19 (UPI) -- Nearly one-third of doctors in the United States have experienced mistreatment from patients or their families, including racist or sexist remarks, a study published Thursday found. 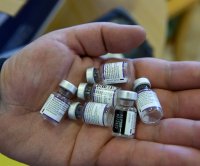 Health News // 19 hours ago
Study: Adults at higher weights see faster declines in COVID-19 antibodies after shots
May 19 (UPI) -- Adults at higher weights may have a greater need for COVID-19 vaccine booster doses because they experience sharper declines in virus antibodies after they receive the first two shots.
Advertisement