Mark Mather and Diana Lavery of the Population Reference Bureau in Washington say more young couples are delaying marriage or forgetting marriage altogether -- most likely a result of the economic downturn and decline in the housing market.

However, the trend to forgo marriage has been a long-term trend. For all U.S. adults, 57 percent were married in 2000, but that dropped to 52 percent in 2009 -- the lowest percentage recorded since information on marital status was first collected by the U.S. Census Bureau about 100 years ago, the analysis says.

In the mid-1960s about 80 percent of U.S. men and women ages 25-34 were married, but starting in the 1970s, the marriage rate began to decline as divorces rose, more women joined the workforce, more women attained education and delayed marriage, and cohabitation gained favor, the analysts say.

However, the marriage gap has reversed -- prior to the 1990s, marriage rates among those who graduated or dropped out of high school were higher than those with a four-year college degree, the analysis says.

However, today higher proportions of young, highly educated adults marry, while fewer with a high-school degree and less education get hitched. 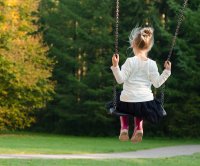