Pamela Pallett and Stephen Link of the University of California, San Diego, and Kang Lee of the University of Toronto say female faces were judged more attractive when the vertical distance between the eyes and the mouth was approximately 36 percent of the face's length, and the horizontal distance between the eyes was approximately 46 percent of the face's width.

The study, published in Vision Research, found the ideal width ratio and ideal length ratio associated with attractiveness closely approximate average proportions. The researchers suggest the ideals result from a process by which people take in all faces and average them to get an ideal.

"Our study conclusively proves that the structure of faces -- the relation between our face contour and the eyes, mouth and nose -- also contributes to our perception of facial attractiveness," Lee says in a statement.

The researchers say their findings may explain why an attractive person sometimes looks unattractive or vice versa after a haircut -- hairdos can change the ratios. 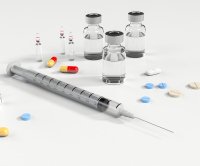