The study, published in the Journal of the National Cancer Institute, found the incidence of stage T3 prostate cancer, in which the tumor has not grown into any neighboring organs or tissues, or T4 cancer, in which the cancer has grown through the wall of the colon and into nearby tissues or organs, at diagnosis decreased in both blacks and whites.

The study was based on data from the Surveillance, Epidemiology, and End Results program led by Grace L. Lu-Yao of The Cancer Institute of New Jersey and the University of Medicine and Dentistry of New Jersey in New Brunswick.

The study found that more men were diagnosed with prostate cancer at a younger age and earlier stage in 2004 than in past years.

"It will be important to examine whether more patients being diagnosed at earlier stages ultimately results in a decreased mortality from this highly prevalent malignancy and whether the narrowing of the racial disparity in the presentation of advanced prostate cancer is ultimately accompanied by similar trend in mortality," the study authors said in a statement. 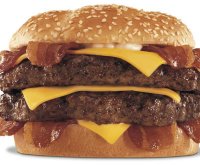