Cancer expected to spike in next 20 years

HOUSTON, May 4 (UPI) -- The number of new cancer cases diagnosed annually in the United States will increase by 45 percent in the next 20 years, U.S. researchers project.

New cancer cases diagnosed annually will increase from 1.6 million in 2010 to 2.3 million in 2030, with a dramatic spike in incidence predicted in the elderly and minority populations, researchers at The University of Texas M.D. Anderson Cancer Center said.

The study, published online in the Journal of Clinical Oncology, predicts a 67 percent increase in the number of adults age 65 or older diagnosed with cancer, from 1 million in 2010 to 1.6 million in 2030. In non-white individuals over the same 20-year span, the incidence is expected to increase by 100 percent, from 330,000 to 660,000.

"Our study focused not on cancer incidence rates per 1,000 -- a 70-year-old male will still have the same cancer risk -- but we looked at the cancer rates in light of aging baby boomers and an increase in minority population," Smith tells United Press International.

"The U.S. government, based on current laws and immigration patterns, creates models on how the U.S. population is forecast to change and we used this data to forecast the amount of cancer in America in the future."

Age and being a minority are risk factors for cancer, Smith says.

"In 2030, 70 percent of all cancers will be diagnosed in the elderly and 28 percent in minorities," Smith says.

Health News // 3 hours ago
'Attitude of gratitude' could help to de-stress during holiday season
Don't get too focused on buying the perfect presents, making the best dinner or planning the perfect party. Try to be mindful of pleasant things and moments, suggests one expert.

Health News // 11 hours ago
Study: Fetal infection with COVID-19 possible, but unlikely
There is a very low risk that pregnant women with COVID-19 will pass the virus to their unborn babies, researchers say.

Health News // 12 hours ago
Study: COVID-19 protection wanes after two doses of Pfizer vaccine
Protection can gradually fade after a second dose of the COVID-19 vaccine by Pfizer-BioNTech, which suggests that a booster shot might be necessary, researchers report.

Health News // 15 hours ago
Study: Giving help to others can bring back health benefits
When it comes to helping others and your health, it might be better to give than to receive, a new study suggests. 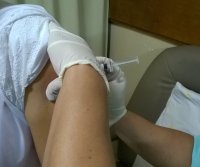 Health News // 16 hours ago
Single dose of HPV vaccine may be enough for protection, trial suggests
Women getting vaccinated against the cancer-causing human papillomavirus now need two or three shots, but an African clinical trial suggests a single dose is just as effective. 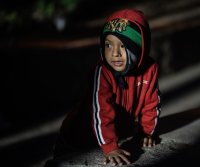 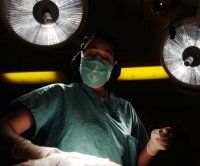