GREENCASTLE, Ind., April 15 (UPI) -- If a future in-law offers to show the old family photo album take them up on it, because it may predict divorce, a U.S. researcher advises.

In a study of yearbook pictures, an e-mail invitation sent to approximately 18,000 alumni resulted in 428 people completing an online questionnaire, with 79 individuals removed due to no yearbook photos.

The remaining sample of 225 females and 124 males who graduated between 1948-2005 ranged in age from 21 to 81, 96 percent Caucasian. All photos for an individual were evaluated using a smile intensity score.

In a similar study, the researchers asked adults age 65 and older to provide photos from their youth and these photos were evaluated for smile intensity. The study subjects were asked if they had ever been in a committed relationship and divorced.

The findings, published in the journal Motivation and Emotion, indicates 11 percent of those with the biggest smiles divorced and 31 percent of the frowners had divorced.

Study leader Matthew Hertenstein, a psychologist at DePauw University in Indiana, says the current investigation demonstrates that from extremely thin slices of behavior, the divorce status of individuals may be ascertained.

Health News // 17 hours ago
Plasma transfusion shows promise for COVID-19 treatment, says China study
March 27 (UPI) -- Donor blood plasma from people who have recovered from COVID-19 appears to work as a treatment for the virus, a new analysis has revealed.

Health News // 17 hours ago
AI may not be better than experts at reading medical scans
A new study casts doubt on claims that artificial intelligence (AI) equals or surpasses the ability of human experts to interpret medical images.

Health News // 18 hours ago
CDC launches online COVID-19 symptom checker
The U.S. Centers for Disease Control and Prevention has posted a new coronavirus self-checker on its website that might ease your mind and steer you toward any medical help you might need.

Health News // 18 hours ago
Increased steps linked to lower blood pressure, study suggests
If you have high blood pressure, you can take steps to lower it by walking more every day, new research suggests. 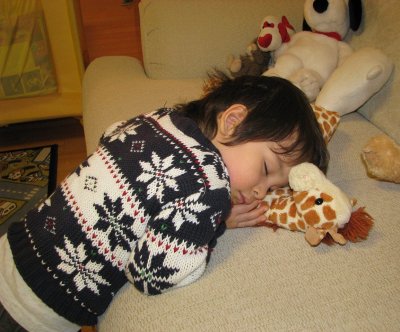 Health News // 19 hours ago
Too little sleep increases kids' risk for mental health conditions
Kids who don't get enough sleep may be at risk for ADHD, anxiety, depression and other mental health problems, researchers report.

Health News // 21 hours ago
Flu, COVID-19 pose dual threat to health as winter season closes, CDC says
March 27 (UPI) -- 7.4 percent of all deaths reported in the United States during the week ending March 21 were attributed to pneumonia and influenza, an amount that is above the CDC's threshold for an epidemic.

Health News // 22 hours ago
Study: Overdose risk doubles for young people with family on opioids
March 27 (UPI) -- Adolescents and young adults with family members on prescription opioids are more than twice as likely as others to overdose on the pain medications themselves, a new study has found.