Most U.S. women have 'disordered eating'

The survey of 4,023 women by Self Magazine and University of North Carolina at Chapel Hill also found 10 percent of women reported symptoms consistent with eating disorders such as anorexia, bulimia nervosa and binge eating disorder.

"More than 31 percent of women in the survey reported that in an attempt to lose weight they had induced vomiting or had taken laxatives, diuretics or diet pills at some point in their life," Cynthia R. Bulik of the UNC School of Medicine said in a statement. "Among these women, more than 50 percent engaged in purging activities at least a few times a week."

-- 67 percent of women are trying to lose weight.

-- 53 percent of dieters are already at a healthy weight and are still trying to lose weight.

-- 39 percent of women say concerns about what they eat or weigh interfere with their happiness. 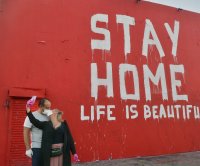 Health News // 2 hours ago
Pandemic may have created 'baby bust' instead of boom
The pandemic not only cost hundreds of thousands of American lives, but it also appears to have triggered a deep drop in births, U.S. health officials reported Wednesday.

Health News // 16 hours ago
Study: Recovered COVID-19 patients may need just one dose of two-dose vaccines
June 23 (UPI) -- People who have had COVID-19 may not benefit from the second dose of the two-shot vaccines against the virus, a study published Wednesday by the journal ACS Nano found. 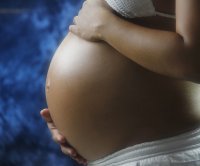