David van Heel of Barts and The London School of Medicine and Dentistry demonstrated that of the nine celiac gene regions now known, four are also predisposing factors for type 1 diabetes.

The team of researchers, which also include Irish and Dutch scientists and the Wellcome Trust Sanger Institute, performed a genome-wide association study in celiac disease. Genetic markers across the genome were compared in celiac disease subjects versus healthy controls. The researchers identified seven new risk regions, six of which harbor important genes critical in the control of immune responses, highlighting their significance in the development of the disease.

Celiac disease, triggered by an intolerance to gluten -- a protein found in wheat, barley and rye can lead to anemia, poor bone health, fatigue and weight loss.

The findings are published in the journal Nature Genetics. 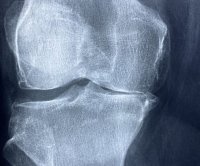 Health News // 1 hour ago
Vaccines administered after infection may reduce risk of long COVID
Getting a COVID-19 shot after you've been infected could reduce your risk of developing prolonged COVID-19 symptoms, or so-called long COVID, according to a new study.

Health News // 2 hours ago
Number of acute hepatitis cases in children rises to 180 in U.S.
The number of American children affected by acute hepatitis of unknown cause continues to grow, the U.S. Centers for Disease Control and Prevention said on Wednesday. 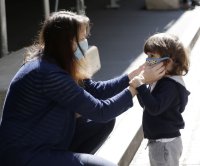 Health News // 2 hours ago
CDC recommends masks in areas with high COVID-19, including a third of Americans
Masks may not be required, but Americans should consider wearing one anyway if they live in an area where COVID-19 case numbers are high, federal health officials said Wednesday.

Health News // 2 hours ago
U.S. doctors often mistreated by patients, families, study finds
May 19 (UPI) -- Nearly one-third of doctors in the United States have experienced mistreatment from patients or their families, including racist or sexist remarks, a study published Thursday found.

Health News // 10 hours ago
Menopause symptoms may interfere with sexual activity
Many women remain sexually active into their 70s, but for others, menopause symptoms and chronic health issues get in the way. 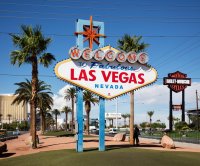 Health News // 11 hours ago
As temperatures rise. workers in Southwest face health issues
It's getting hotter and hotter outside due to global warming and, as a result, outdoor workers in southwestern states are increasingly vulnerable to heat-related illnesses.
Advertisement