The class-action lawsuit was filed Thursday in U.S. District Court on behalf of three American Indians who say they are unable to get care for their serious illnesses, the Detroit Free Press reported.

Federal law and treaty obligations dictate that the federal government is responsible for the healthcare of American Indians, but government programs are inadequate and underfunded, according to the lawsuit, and about 75 percent of an estimated 40,000 Indians in the Detroit metropolitan region don't have health insurance.

The region's sole Urban Indian Health Center, American Indian Health and Family Services, is unable to meet the community's needs because of understaffing and underfunding, the plaintiffs allege.

The lawsuit comes on the heels of President Bush's 2007 budget, which proposes to eliminate the entire $33 million allotted for the nation's 34 Urban Indian Health Centers, arguing their clients can receive treatment at existing community health centers that serve the general population. If the budget is passed, many of the centers would be forced to close their doors.

Congress could still decide to restore funding to the centers, but community advocates say the proposed cuts have already sent a negative message about the government's priorities. 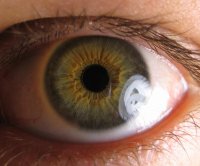 Health News // 3 days ago
CDC: Number of flu, other virus cases reach 'historic' lows in 2020-21
July 22 (UPI) -- The 2020-21 flu season was the lightest on record since at least 1997, the first year in which cases of the virus were tracked, according to data released Thursday by the Centers for Disease Control and Prevention.
Advertisement