BAMAKO, Mali, Oct. 18 (UPI) -- By culture and by circumstance, Djeneba Gamara is in many ways an emancipated woman.

The 42-year-old widow is the breadwinner of a sprawling family that includes three children and a scattering of relatives, both close and distant, who live in her small mud-brick compound in Mali's capital. As a griot, or member of the cast of traditional singers and storytellers, Gamara's words carry immense clout in this West African country.

But ask Gamara what she thinks of female circumcision, a practice denounced by women's-rights activists around the world, and her response is a positive one.

"Circumcision is one of the foundations of the society," the petite, rotund woman said decisively in a recent interview in Bamako. "It helps women maintain her purity and cleanliness."

Female circumcision -- also known as female genital mutilation -- is widespread in West Africa, despite a smattering of national laws and campaigns to eradicate the practice. In Mali, for example, almost 92 percent of women of childbearing age have been circumcised, according to a recent government study.

But Mali is now spearheading a new regional initiative against female circumcision using an unusual medium: Griots like Gamara, who exert a powerful and indispensable role in traditional West African culture.

"Mali is foremost a rural country where words count for a lot. And griots are the ones who talk," said Josephine Traore Keita, who heads the campaign against genital mutilation at Mali's Ministry of Women, Child and Family.

"They're the ones who know about family problems and are brought in to improve things," Traore said. "So it's better to have griots with you than against you. And when it comes to trying to banish FGM, they've helped us a lot."

But even as leaders of the new campaign praise its progress, examples like that of Gamara suggest that eradicating female genital mutilation will take decades, not years.

Pitted against the anti-circumcision movement are powerful social and religious forces. Although the tradition of cutting off part or all of a girl's clitoris before marriage was practiced long before Islam arrived in Africa, many Muslim adherents describe it as a religious necessity.

Others, like Gamara, argue that female circumcision is hygienic, even though it can cause major medical problems if unclean instruments are used.

Equally troubling, female circumcision reflects endemic inequalities running through West African societies like Mali's, where polygamy is legal and where many women marry as young as 13 years old. Other cultural traditions include wife beating, force-feeding Malian girls before marriage and marrying a widow off to her late husband's brother.

"The goal is to have griots help teach people about many negative things in our society -- including violence against women -- but within a Malian context, not a Western one," said Mamadou Ben Cherif Diabate, as he painted a larger role for griots beyond simply campaigning against female circumcision.

Bamako-based Diabate, 50, comes from a long line of legendary griots. Today he heads a West African network of these traditional communicators, whose profession is not acquired but rather passed down through the family.

"The griot is the mediator, the chief negotiator between families and between villages," he said. "In traditional society, griots can carry much greater weight than religious leaders."

Last year nine other West African countries joined Mali's griot-based effort to fight female circumcision. Along with ordinary griots, whose influence rarely extends beyond a given city neighborhood or village, the initiative has recruited some of West Africa's most famous musicians, including 29-year-old Assitan Kida.

"At the beginning it was very difficult to decide to sing against circumcision," recalled Kida, a nationally renowned singer and griot who often appears on Malian TV. "People said, 'Assitan, you shouldn't meddle with that. Because circumcision is part of our culture.'

"But I said no," Kida added. "Even doctors are telling people to stop."

Kida herself has been circumcised. But her three young daughters have not. She is currently recording a CD that includes songs promoting children's rights and speaking about the problems of female circumcision. But she says she approaches the subject gingerly when she sings at weddings or at other public occasions.

"I never sing about it in an aggressive way," Kida said, adding that she usually approaches the subject of female circumcision at the end of her act. "And often people will come up to me and say, 'This is good. What you have sung about circumcision is true.'"

But Kida's singing has not won over everybody. Even victims of domestic violence, like 30-year-old Sok Sagona Traore, remain adamant supporters of female circumcision.

Her face averted, the pretty, soft-spoken woman recounted through a translator how she was beaten regularly by her husband in the northern Malian city of Kayes. He hit her so badly once, she said, that she had to be hospitalized.

"I'll never make my girls marry someone they don't like," Traore added defiantly of her two children, ages two and four, who clung to her dress.

But female circumcision is another matter.

"Religiously, it's recommended," said Traore who, like most Malians, is a Muslim. "And, of course, it's good for the girls' hygiene."

Health News // 6 hours ago
Pandemic-related screen time increases tied to rise in kids' near-sightedness
Sept. 16 (UPI) -- Rates of near-sightedness among young schoolchildren in China rose by more than 50% during the COVID-19 pandemic, a study published Thursday by JAMA Ophthalmology found. 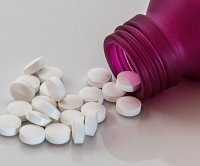 Health News // 18 hours ago
Study finds vaping common among people diagnosed with eating disorders
College students who vape appear to be at higher risk of having an eating disorder, a new study suggests.

Health News // 20 hours ago
Study: Blood cancer patients may benefit from COVID-19 vaccine booster
Patients with B-cell blood cancers who did not make antibodies to COVID-19 after two shots of vaccine may find that a third shot does the trick, new research finds. 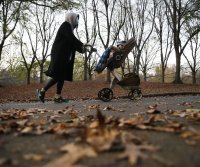 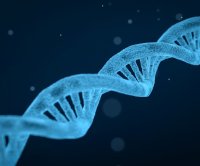