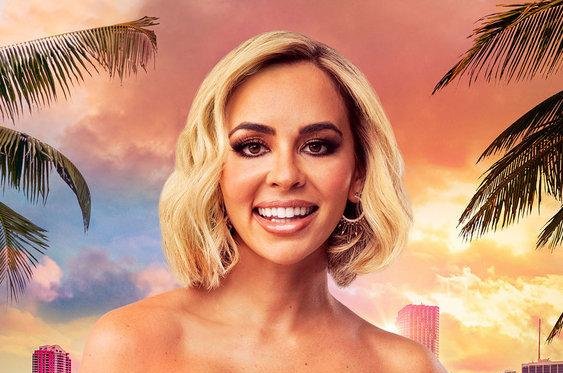 LOS ANGELES, Dec. 7 (UPI) -- Julia Lemigova and Dr. Nicole Martin say they still feel like the new additions to Real Housewives of Miami even though Season 5, premiering Thursday on Peacock, is their second year on the show.

"We're still trying to find our footing in the group, and it's hard because there are friendships that have been there for 20 years," Martin told UPI in a recent Zoom interview. "There are just alliances that we cannot infiltrate."

Martin, 38, is an anesthesiologist engaged to lawyer Anthony Lopez. Lemigova, 50, is a former model married to tennis veteran Martina Navratilova.

Guerdy Abraira was another Season 4 addition, and Martin said the new trio still struggles to be heard among the reality TV veterans.

"Our opinions aren't always held to such high regard because we're new in the group," Martin said.

She said that she, Lemigova and Abraira have grown bolder at asserting themselves in Season 5. Lemigova said she can only speak her mind when drama arises within the group.

"Nothing much changed," Lemigova said. "I feel more confident this year than last year."

This season, Lemigova embarks on a return to her modeling career. Lemigova had won Miss USSR when she was 16 and signed with a modeling agency to work in London and Paris.

For the past 10 years, Lemigova has managed a farm 45 minutes outside Miami. She said her decision to return to modeling was independent of Real Housewives, but the cameras were there to follow her sign with a new agency and model for photo shoots.

"I'm so happy because the world is more accepting," Lemigova said. "I'm not size zero anymore."

The cameras do not follow Martin into the hospital in the interest of preserving her patients' privacy, but the show does continue to explore Martin's family drama from last season.

In Season 4, Martin confronted her father about his drinking and not being there for her growing up. In Season 5, Martin's mother asks her daughter to accept her parents, flaws and all.

"I hold myself accountable to really high standards," Martin said. " I just didn't realize I was doing that to everybody around me and that I was putting a lot of pressure on my friends and my family."

Martin said she learned that controlling her expectations was more productive than demanding that her family change their established ways.

"If I'm doing something to contribute to the situation, let me do the best that I can do," Martin said. "Maybe they'll be more inclined to meet halfway."

Nepola, 55, weighed in on Martin's family drama, and took her mother's side. A salon owner whose mother died during the filming of Season 4, Nepola encouraged Martin to value her parents.

"I lost my dad at a very young age," Nepola said. "Our parents aren't perfect, but at the end of the day, he's your father and all he tried to do was be a good father. That was the capacity that he had."

Season 5 begins with Nepola's party for her wedding to Todd Nepola. They were wed married during a private ceremony in December, but threw a party for friends on a yacht.

"Luckily for me and for Todd, we were both married already, so we didn't have that stress," Nepola said. "Our wedding party was just a big party where we invited our friends and we just wanted to have fun."

Since Nepola wore a wedding dress to her St. Bart's destination wedding, she went a tad more casual at the party. She wore a white jumpsuit, though it was still a Wade Allen designer jumpsuit she saw at a runway show and requested from Allen.

"Lucky for me, it fit me," Nepola said. "It was like a modern bride, a little bit traditional with lace, but very modern."

The wedding party was the site of more Housewives drama. Pippen and Hochstein argued over a situation that began last season.

Hochstein had accused Pippen of living in a building frequented by prostitutes and adult film stars. In retaliation, Pippen found out Hochstein had a mortgage on her house, which Hochstein denied.

Nepola did not find out her fellow Housewives were embroiled in this feud until after the party ended.

"You have to ignore all that nonsense because it was a day of love and celebration," Nepola said. "Some people just can't hold it in."

Martin also tried to stay out of it. She agreed it was much ado about nothing.

"Who cares if you have a mortgage?" Martin said. "Why does Larsa care? Why does she feel like she needs to share that and why does Lisa care what Larsa says? Who gives a [expletive]?

"Everybody has a mortgage, and at some point, rates were so low that you would be dumb if you didn't have a mortgage because it's like free money."

TV // 4 hours ago
Cast, creators call 'The Ark' an optimistic space odyssey
NEW YORK, Feb. 1 (UPI) -- The stars and writers of "The Ark" say now seems to be a good time to tell a hopeful story about unlikely heroes rising to the occasion to save their community and possibly mankind.

TV // 19 hours ago
'FBI' crossover with 'International,' 'Most Wanted' coming in April
Jan. 31 (UPI) -- "FBI" and its spinoffs "FBI: International" and "FBI: Most Wanted" will have a crossover event on CBS in April.

TV // 20 hours ago
No second seasons of 'Reboot,' 'Kindred' on Hulu
Jan. 31 (UPI) -- Time-travel drama "Kindred" and comedy "Reboot" will not be getting second seasons on streaming service Hulu.

TV // 22 hours ago
Showtime gets a new name, cancels three new series
Jan. 31 (UPI) -- Showtime has canceled three of its new dramas as the cable TV network is rebranded "Paramount+ with Showtime."

TV // 22 hours ago
What to watch: new shows featuring 'Game of Thrones' stars
NEW YORK, Jan. 31 (UPI) -- "Game of Thrones" actors Pedro Pascal and Bella Ramsey star in the new hit series "The Last of Us." Here are other shows where you can catch former "GOT" stars.