The 24-year-old actress shared the news Monday alongside behind-the-scenes photos from the set of the Hulu series. The cast and crew were filming in Caserta, Italy.

"'THE GREAT' season 3 is all wrapped up!!! Another 6 months of happiness, debauchery, and chaos with my favorite people. Audiences are not prepared for this season... it is truly spectacular," Fanning captioned the post.

"So much hard work goes into this show and it is the crew behind the scenes holding it all together. Until then, here are a few non-spoiling photos of our last filming week in Caserta - HUZZAH," she said.

The Great is a comedy-drama that reimagines the life and reign of a young Catherine the Great (Fanning). Nicholas Hoult plays Catherine's husband, Peter III of Russia.

The Great is written, created and executive produced by Tony McNamara (The Favourite). The series was renewed for a third season in January.

Hulu has yet to announce a premiere date for Season 3.

Elle Fanning attends premiere of 'The Great' Season 2 in LA 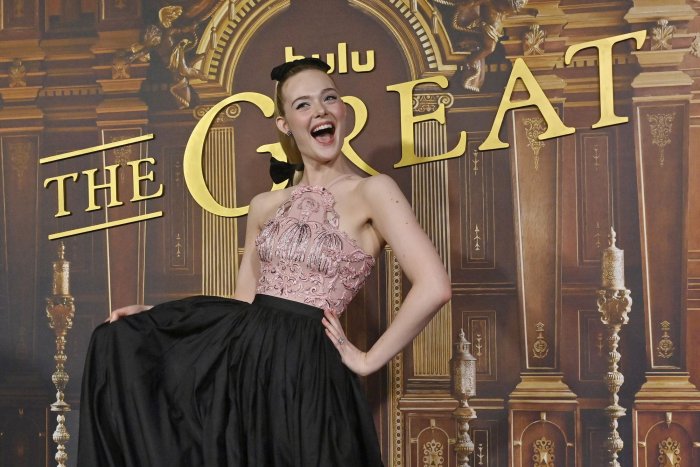 Cast member Elle Fanning attends the Season 2 series premiere of "The Great" at the Sunset Room in Los Angeles on Sunday. She portrays Catherine the Great. Photo by Jim Ruymen/UPI | License Photo