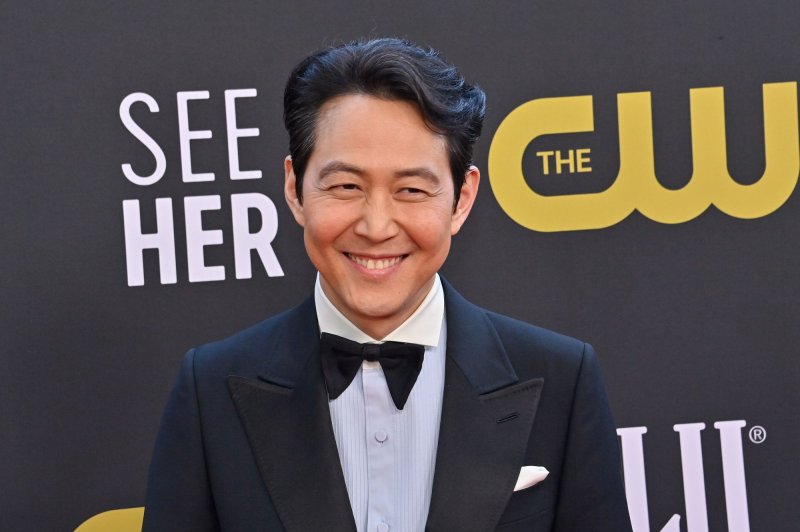 Lee Jung-Jae, the star of the hit Netflix series "Squid Game," has joined the cast of the upcoming "Star Wars" series "The Acolyte." File Photo by Jim Ruymen/UPI | License Photo

Sept. 8 (UPI) -- Lee Jung-Jae, star of the Netflix global smash-hit Squid Game, has been cast in the upcoming Star Wars series The Acolyte.

Lee will play the male lead in the Disney+ series, where he will star alongside the previously cast Amandla Stenberg and Jodie Turner-Smith, Deadline reported Thursday.

Details on Lee's character -- and the show itself -- remain highly secretive, though it is known that The Acolyte will take place during the end of the High Republic, amidst "a galaxy of shadowy secrets and emerging dark side powers," according to the series description.

The show is being helmed by Leslye Headland. Known for co-creating the series Russian Doll, Headland will serve as showrunner, writer, executive producer and director.

Disney+ has not commented on Lee's casting, although the news was corroborated by a number of additional industry outlets, including The Hollywood Reporter and TVLine.

The Star Wars casting marks another milestone Hollywood moment for Lee, as The Acolyte will likely be his first fully English-language project, though he has previously said that he is not fluent in English.

While Lee has long been one of the most venerated actors in the South Korean entertainment industry, he did not have his worldwide breakout until 2021's Squid Game.

Lee was nominated for a number of awards, including a Golden Globe Award, Emmy Award, Critics' Choice Award and Screen Actor's Guild Award, winning the latter. He also has the chance to secure his Emmy during the upcoming awards show this Monday.

He would become the first male Asian actor to be nominated for all four prizes.

Squid Game became Netflix's biggest hit, and most-watched series ever, being streamed more than 1.65 billion hours across the world.

The series itself bagged a massive number of award nominations, including 14 Emmy Award nods.

While Squid Game has already been picked up for a second season, Lee has used his breakout success to help send his career into orbit.

Despite this, he ended up staying close to home for his next role, starring in the Korean-language film Hunt, which will also mark his directorial debut.

The film premiered at the Cannes Film Festival in May and was released in South Korea in August.

No premiere date for The Acolyte has been announced, though it will likely be released sometime in 2023.