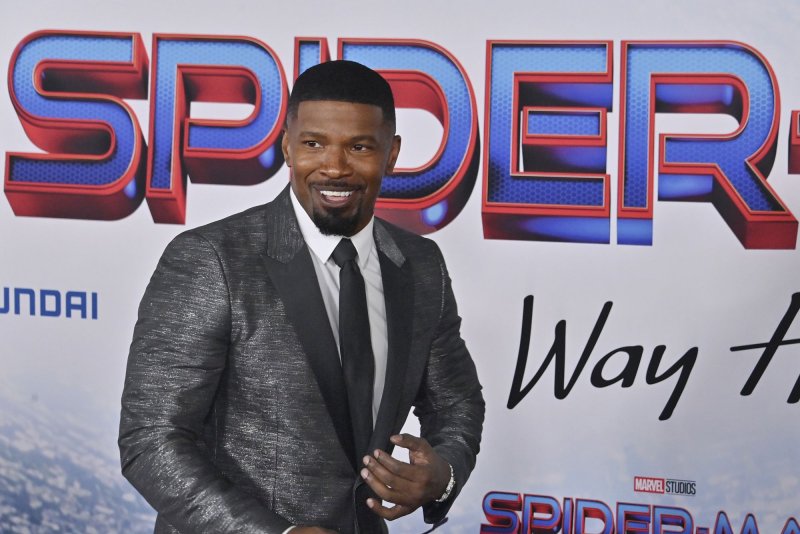 Grier welcomed Foxx, whom he described as his "former student," onto the show on Wednesday, where the pair talked about their lives in the entertainment industry.

"I got to know this young man when he co-starred with me on a little show called In Living Color, which was well established before he got involved," Grier joked as he introduced Foxx. "After three intense years of my mentoring and guidance and tutelage, he went on to become an Oscar, BAFTA, Golden Globe and Grammy winner."

"Do you know what's crazy, I love David Alan Grier!" Foxx said of his friend as he sat down.

The pair reminisced about their memories filming In Living Color, with Grier and Foxx helming some of the 1990s classic's most iconic sketches.

"A lot of times, people ask me, 'What was the [most] famous sketch that I worked on?', and one sketch always comes up -- when we played the barbers," Grier said.

The sketch in question involved Grier and Foxx playing a pair of barbers at an inner city barbershop, who were, for the most part, completely incompetent at their jobs.

The most well-known installment of the sketch involved legendary soul singer James Brown.

"James Brown came on, and they said, 'You must call him Mr. Brown, don't be calling him James,'" Grier recalled. "Then they said, 'Don't touch him. Do not touch his hair.' This whole sketch was about getting your hair cut, and they said not to touch Mr. Brown's hair!"

Foxx then broke into an impression of the iconic singer, saying, "I don't want nobody to touch my hair!" in Brown's signature voice.

The pair also reminisced about another popular sketch called Poetry in the Hood, which Foxx said was partially born from his days as a comedian.

"That came from, like, part of my standup too," Foxx said. "Since I went to classical, like training in school, I would, take, like hip-hop lyrics and say, 'What if Snoop sang classical?'"

The conversation then shifted away from In Living Color, and Grier asked Foxx about his experience obtaining a musical scholarship.

"I went to college on a classical piano scholarship, so I remember -- I just sort of used that for my standup and stuff."

Foxx also promoted his upcoming film Day Shift, which will begin streaming on Netflix on Friday, and shared an exclusive clip with the audience.

The film stars Foxx as a San Fernando Valley pool cleaner, who operates a vampire hunting business at night.

Kate McKinnon describes 'SNL' as 'love of my life' on 'Fallon' Kenan Thompson to host Primetime Emmy Awards in September Aubrey Plaza: 'Emily the Criminal' shows 'how broken the system is'

TV // 16 hours ago
Trevor Noah announces his departure from 'The Daily Show'
Sept. 30 (UPI) -- Comedian Trevor Noah has announced he is leaving "The Daily Show" after seven years.

TV // 1 day ago
Lily Collins wraps filming on 'Emily in Paris' Season 3: 'Proud doesn't even do it justice'
Sept. 29 (UPI) -- Lily Collins shared candid photos from the "Emily in Paris" set after completing filming on Season 3 of the Netflix series.
Advertisement

Trevor Noah announces his departure from 'The Daily Show'

'Community' movie in the works at Peacock