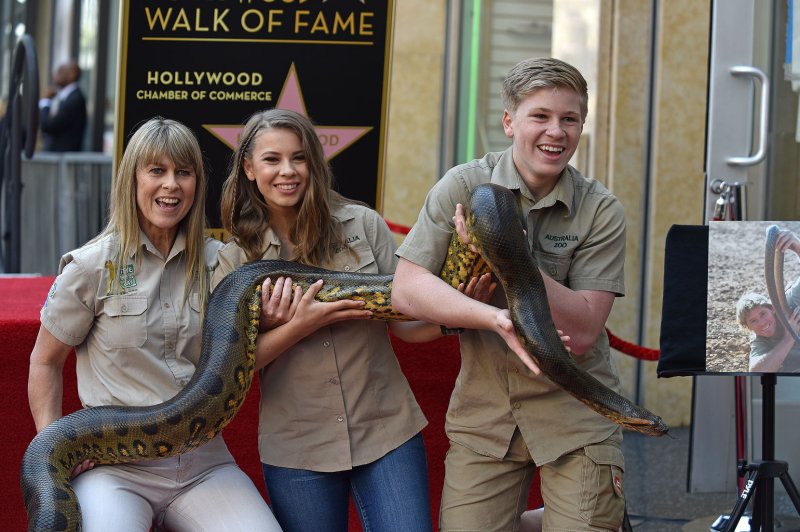 July 26 (UPI) -- RuPaul's Drag Race Down Under will feature Bindi Irwin and Lucy Lawless in Season 2.

World of Wonder announced in a press release Monday that Bindi Irwin, her brother, Robert Irwin, and Lawless will serve as guest judges in the new season.

Bindi Irwin and Robert Irwin, the children of late Crocodile Hunter star Steve Irwin and Terri Irwin, will appear as judges in the Season 2 premiere.

"How could we not be involved in a show as fun and iconic as RuPaul's Drag Race Down Under?! We're big fans and were chuffed to help kick off the new season, especially after Art Simone's hilarious Snatch Game impersonation last year!" the siblings said. "We can't wait to see how all our Down Under kanga-rus go this season."

Lawless will serve as a guest judge in Season 2, Episode 2.

"I absolutely loved being part of the new season of RuPaul's Drag Race Down Under and can't believe I got to sit beside RuPaul, Michelle and Rhys!" the actress said. "Of course I know a thing or two about being a warrior princess but these new queens are absolutely next level. So fierce and so fabulous, I was in complete awe and am really looking forward to seeing how they all go!"

Season 2 premieres this Saturday 7/30 worldwide, here's where to watch:

RuPaul's Drag Race Down Under is hosted by RuPaul, who also serves as a judge with Michelle Visage and Rhys Nicholson. The series follows drag queen contestants as they compete in various challenges.

The new season will premiere July 30 at 3:01 a.m. EDT on WOW Presents Plus in the United States.

TV // 19 hours ago
'Shadow and Bone' Season 2 coming to Netflix in March
Dec. 8 (UPI) -- "Shadow and Bone," a fantasy series starring Jessie Mei Li and Archie Renaux, will return for a second season on Netflix.

TV // 22 hours ago
Mariah Carey says she never called herself 'Queen of Christmas' on 'Colbert'
Dec. 8 (UPI) -- Mariah Carey talked about Christmas music and traditions in an appearance on "The Late Show With Stephen Colbert."