Jan. 26 (UPI) -- Newcomer Jabari Banks has his life flipped-turned upside down in the new teaser trailer for Bel-Air, a dramatic reimagining of The Fresh Prince of Bel-Air.

Banks stars as Will Smith's character Will, who gets involved in a basketball game that turns violent at the end in the clip released on Wednesday.

Will is then moved from West Philadelphia to Bel-Air to stay with his aunt, uncle and cousins inside their lavish mansion.

The teaser is reminiscent of the opening credits sequence that kicked off every episode of The Fresh Prince of Bel-Air.

Bel-Air is premiering Feb. 13, Super Bowl Sunday, on Peacock, with three episodes. New episodes will then come to the streaming service weekly.

'Fresh Prince of Bel-Air' reboot heading to Peacock on Feb. 13 'Bel-Air' trailer introduces cast of 'Fresh Prince' reboot What to watch next: Sign up for UPI's Streaming newsletter

TV // 20 hours ago
Discovery+, Travel set paranormal lineup with Kesha, Jack Osbourne shows
May 18 (UPI) -- Discovery+ and the Travel Channel have announced a new slate of paranormal-themed programming launching in 2022. 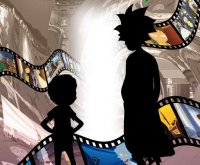 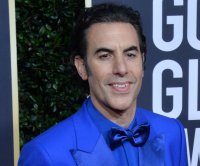 TV // 21 hours ago
Sacha Baron Cohen to narrate 'Chelm' animated comedy special
May 18 (UPI) -- "Chelm: The Smartest Place on Earth," a new special from Sacha Baron Cohen and "King of the Hill" creators Greg Daniels and Mike Judge, is coming to HBO Max.