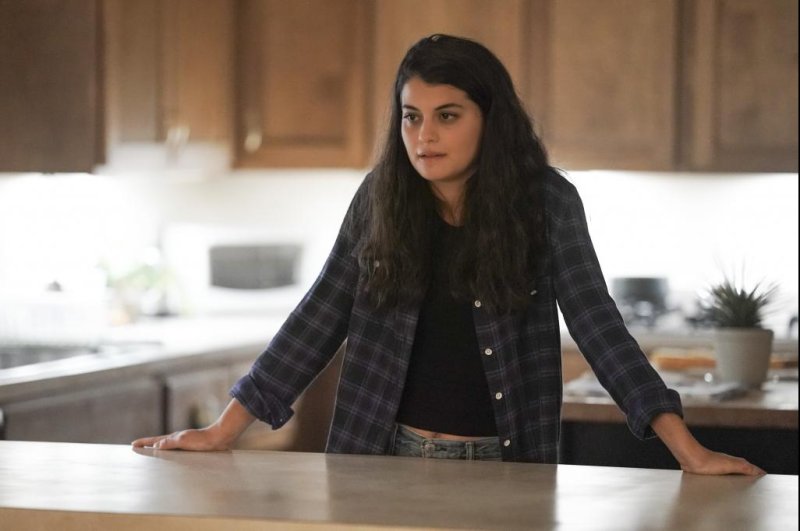 Black-D'Elia, 30, plays Samantha, a recovering alcoholic who has to move back in with her mother, Carol (Sheedy).

"Sam is the kind of person who probably has a hard time taking a lot of things seriously," Black-D'Elia said on a recent Television Critics Association Zoom panel. "Within the AA world, there's also a lot of comedy."

Carol enjoys a glass of wine in the evening, and Samantha doesn't ask her to abstain for her sake. Sheedy, 59, said having her adult daughter move back home may increase the frequency of Carol's drinking.

"Sam coming home makes me want to drink more," Sheedy said. "I just got my house back to myself. I don't want to take care of anybody anymore. Here she is, and I think it does put me back on my heels."

Carol criticizes Sam for losing her magazine job for drinking at work, and getting sentenced for a DUI. Sam said Single Drunk Female will explore the friction between mother and daughter, but she doesn't feel Sam inherited alcoholism from Carol.

"I don't think that Sam blames Carol for that," Black-D'Elia said. "I think she probably blames her for a lot of other stuff that is not Carol's fault."

Early in her career, Sheedy played struggling teenagers and young adults in movies like The Breakfast Club and St. Elmo's Fire. Now in the maternal role, Sheedy said she draws on her own maternal instincts and her mother's.

"My mother shows up in Carol," Sheedy said. "There's no way to get around that. I show up in Carol as a mother that I am. I also know the kinds of places I've had to go being a mother and making a lot of mistakes."

Sam attends Alcoholics Anonymous meetings and gets a job at a supermarket to begin rebuilding her life and paying her debts. Black-D'Elia said Single Drunk Female always returns to Carol and Sam at home.

"I love this relationship so much," Black-D'Elia said. "To me, it's the heart of the series. It's complicated and funny and weird and nuanced in a way that I think any girl with a mother can understand and relate to."

Single Drunk Female is the second comedy for Black-D'Elia after The Mick. Black-D'Elia's career predominantly consists of dramas like the soap All My Children, the teen dramas Skins and Gossip Girl, and cable series The Night Of and Your Honor.

Although Freeform bills Single Drunk Female as a comedy-drama, Black-D'Elia said the comedy is not "the funny version of sobriety." Black-D'Elia said Sam gradually puts her life back together and still finds humor in the process.

Temuera Morrison, Ming-Na Wen: 'Boba Fett' roles complement each other Hilary Duff has 'a lot in common' with 'How I Met Your Father' role Bridget Everett: 'Somebody Somewhere' tells 'my story'

TV // 10 hours ago
'For All Mankind' goes to Mars in Season 3 trailer
May 16 (UPI) -- Apple TV+ released the trailer for Season 3 of "For All Mankind" on Monday. The show returns June 10 with astronauts approaching Mars and a new investor (Edi Gathegi) funding a private space mission.

TV // 14 hours ago
Penelope and Colin will be focus of 'Bridgerton' Season 3
May 16 (UPI) -- "Bridgerton" actress Nicola Coughlan has announced which characters will be the focus of the Netflix costume drama's third season.

TV // 16 hours ago
Harry Styles to read CBeebies bedtime story in his pajamas
May 16 (UPI) -- Singer and actor Harry Styles will be seen reading a CBeebies Bedtime Story on May 23, the BBC announced Monday.

TV // 16 hours ago
'COVID free' Stephen Colbert returning to 'Late Show' Monday
May 16 (UPI) -- Comedian Stephen Colbert will be back in his New York TV studio Monday to host "The Late Show."