Andre stars with Knoxville in Jackass Forever, which is coming to theaters on Feb. 4. Andre told Kimmel on Wednesday that he had COVID-19 over the holidays and that Knoxville broke into his house as a way to cheer him up.

"He had toilet paper and an Andy Warhol wig and he started toilet papering my house. My alarm goes off. I'm stoned by myself, paranoid and I opened the window. I don't know it's him so I'm just yelling out the window like, 'I'm calling the police! I have a gun!'" Andre recalled, before stating that he was terrified.

Andre said Knoxville was videotaping the incident, which drove him crazy. The comedian didn't realize it was Knoxville until the stuntman pressed his face up against Andre's window.

"I open the door I'm like, "I'm going to kill you man. I have a gun and the cops are on their way.' And he goes, 'Dude, how good publicity would it have been if you had gotten me arrested and shot me right before Jackass comes out," Andre said.

"It was like the quickest I've ever said yes to a project and then immediately terrified because being on a Jackass set, it's like the Vietnam War of comedy. Like every step you take, a real landmine or an explosive could be underneath," Andre said.

Eric Andre talks about having anxiety on 'Drew Barrymore Show' Denzel Washington remembers Sidney Poitier on 'Kimmel' What to watch next: Sign up for UPI's Streaming newsletter

TV // 3 hours ago
Thomas Jane: Traumatized 'Troppo' sleuths need a win in Season 1
NEW YORK, May 19 (UPI) -- Thomas Jane and Nicole Chamoun say the private eyes they play in the new Australian drama, "Troppo," are outsiders with something to prove. 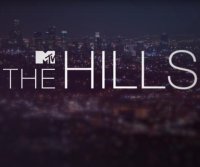 TV // 9 hours ago
'The Hills' reboot returning to MTV with new cast
May 18 (UPI) -- MTV is set to bring back one of its most popular reality series, "The Hills." The Paramount network is giving the green light to a planned reboot of the hit franchise. 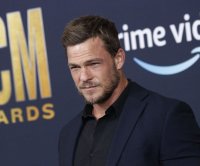 TV // 19 hours ago
Discovery+, Travel set paranormal lineup with Kesha, Jack Osbourne shows
May 18 (UPI) -- Discovery+ and the Travel Channel have announced a new slate of paranormal-themed programming launching in 2022.

TV // 20 hours ago
Sacha Baron Cohen to narrate 'Chelm' animated comedy special
May 18 (UPI) -- "Chelm: The Smartest Place on Earth," a new special from Sacha Baron Cohen and "King of the Hill" creators Greg Daniels and Mike Judge, is coming to HBO Max. 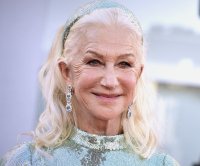