Adding The Wonderful Winter of Mickey Mouse to our winter checklist ✅ Check out the new Original special, streaming February 18 only on #DisneyPlus. pic.twitter.com/LXK7fi97AZ— Disney+ (@disneyplus) January 18, 2022

Jan. 18 (UPI) -- Disney announced on Tuesday that an animated special titled The Wonderful Winter of Mickey Mouse is coming to Disney+ on Feb. 18.

The animated special kicks off Season 2 of The Wonderful World of Mickey Mouse, which will consist of four, extended-length specials that are themed to each season.

Mickey and Minnie Mouse along with their friends Donald and Goofy take a winter vacation and go on a cabin retreat in a new trailer for the special.

Mickey and Minnie Mouse go ice skating and later skiing as their vacation turns into a comedic adventure.

'The Proud Family: Louder and Prouder' coming to Disney+ on Feb. 23 Tim Allen to return for 'The Santa Clause' series at Disney+ What to watch next: Sign up for UPI's Streaming newsletter 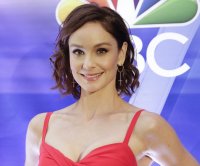