Oct. 18 (UPI) -- Wendy Osefo says her Real Housewives of Potomac co-star Gizelle Bryant is the "most insecure person" in their group.

The 37-year-old television personality discussed her feud with Bryant during Sunday's episode of Watch What Happens Live.

Osefo and Bryant have clashed in RHOP Season 6, including over Bryant's comments about Osefo's marriage. Bryant previously said on WWHL that she doesn't see herself reconciling with Osefo because she finds her "insecure."

"I think it's always funny to hear her say that people are insecure, when she's really the most insecure person in our group. She deflects all the time, she never wants to talk about her issues, and she does things to purposely hurt people," Osefo said.

"I'm okay with where we are, but when we think of insecurity, it's Gizelle's face, literally, in the dictionary," she added.

Osefo was also asked if she considers it "single shaming" to comment on Bryant's relationship status.

"Let's be very clear -- no one talks about relationships, except for the fact that Gizelle constantly attacks our husbands. So when you attack our husband, we return serve by saying, 'How can you attack us when you have no one in your life to even attack?'" Osefo said.

"So that's why she's Gizelle 'Lacks' Bryant, because you can't attack somebody if you lack the thing that you're attacking in the other person," she added. "And, I was raised by a single mother, so there's no shaming here."

TV // 14 hours ago
'Rebelde' trailer introduces cast of Netflix reboot
Dec. 7 (UPI) -- "Rebelde," a new series based on the Mexican telenovela, will premiere on Netflix in January 2022.

TV // 17 hours ago
Jennifer Lawrence on Hollywood hiatus: 'The world should take a break'
Dec. 7 (UPI) -- Jennifer Lawrence discussed taking a break from acting while appearing on "The Late Show with Stephen Colbert." 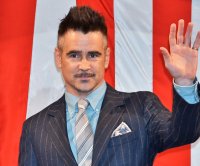